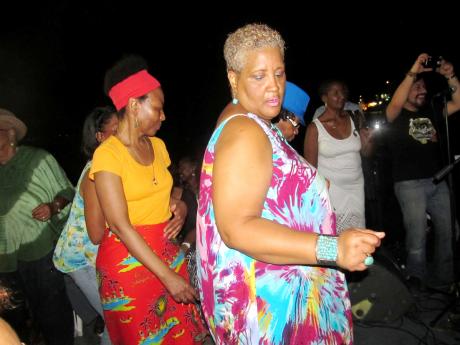 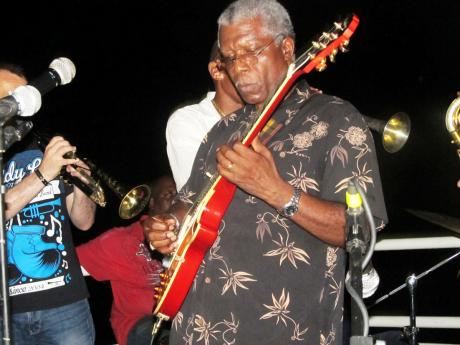 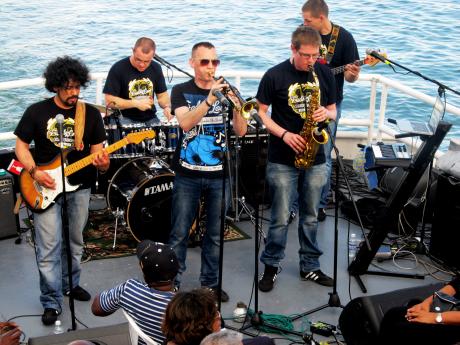 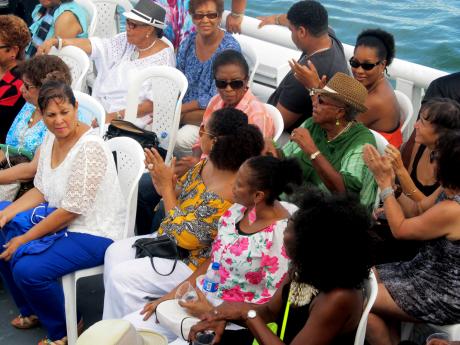 Marcia Rowe
A section of the audience on the lower deck enjoying the jazz vibe. 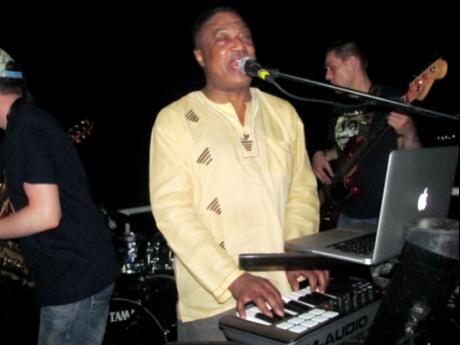 While that familiar command was not what greeted the jazz fanatics who converged on the Kingston Harbour, the cheerful sound of laughter, while mingling to some jazz music, was more than compensation. Hours later, when the boat returned to the pier, revelers of the inaugural International Ocho Rios Jazz Cruise were still in a dancing mood.

There were also high praises for the event.

“It was great! It was wonderful! It was fabulous! The whole atmosphere, the music was good,” said Christine Marrette of Treasure Beach.

And she is already looking forward to next year’s edition.

Myrna Hague, who conceptualised the event, was also thankful for the turnout, the sponsors, and the caterers as well as the performers. She thought it was a lovely event and is looking forward to next year, with plans to make some adjustments.

Shortly after its scheduled departure time, the double-deck sea vessel, the Caribbean Queen, moved slowly out into the wider harbour.

On board was the more than expected turnout, according to the organisers. And soon, the picturesque landscape was in competition with music played by DJ Gladdy. And later, when the Freddy Loco Ska Band took the stage.

Performing three sets, interspersed with giveaways and various announcements from MC Ouida Lewis, the high-energy Belgium ska band was more than entertaining. They were captivating.

“We are happy to be in Jamaica,” band leader and founder Fred Rafhay told the gathering. Then he reminded them that music was for dancing before his band played Born to Win. Their second set saw them playing Freedom Song, inspired by the legendary Skatalites. The band also played its original Ska Patrol, which was inspired by its encounter with some police officers in Spain.

During intermission, the easy-to-talk with band leader told The Gleaner that he knew all the Skatalite songs. When he was asked which his favourite was, he said it was hard to pick one. He, however, remembered the album Ball of Fire as the first Skatalites collections that he heard. This was because they were the first songs he heard when he met and played for them in London.

After the break, Eugene Grey took over the performances. First he treated himself to his favourite Louise Bennett songs. Then he called on Tyrone Downie (former Bop Marley keyboardist), and with some support from the Freddy Loco Band, they had patrons dancing and singing. Their song selections included a Bob Marley medley with No Woman No Cry, Jamaican folk songs and more. Myrna Hague, also joined them, on request from the audience, to perform Fly Me to the Moon.

And after circling the harbour, with the evening shadows falling, the boat returned to the pier, while Gladdy and the Wild Bunch Disco kept the party vibes going with some up tempo music.

The week-long International Ocho Rios Jazz Festival, will close with a concert on Sunday June 5, at Hope Gardens. Patrons are asked to bring blankets or folding chairs. The concert is scheduled to begin at 12 p.m.