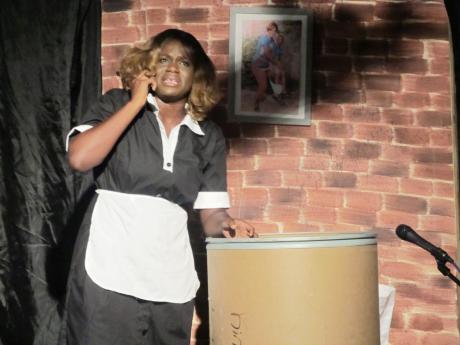 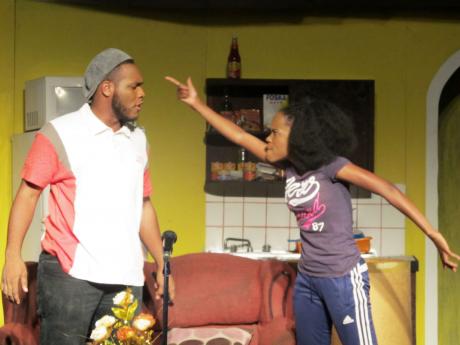 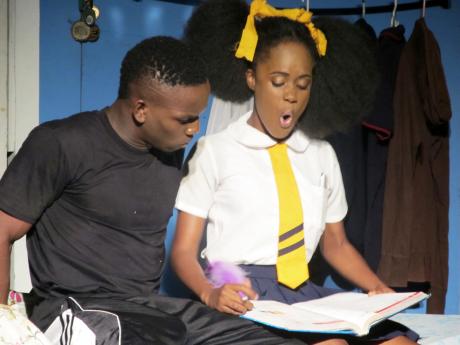 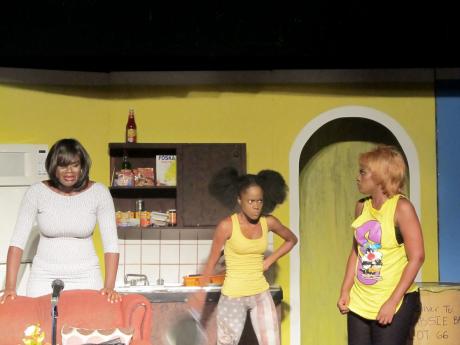 The protagonist is her nephew, Prince (Tevin Gibbons). In spite the cruelty neted out by his aunt, Babsie (Latoya Moulton) and her partner ,Bulbie (Horace Gordon), young Prince manages to overcome his adversity. But not without strong support from his number one fan and girlfriend, Sheka (Christina Harris), and the unending love of his mother, Mitzie (Jodian Findley).

The emotional roller coaster of a drama unfolded on Friday at the Phoenix Theatre, on Haining Road, New Kingston.

Set mostly in the Jamaican house of the champion footballer, the story spans a short period in his life. Love and family relationship are the dominant theme, while the central conflict is greed. But it is through well-timed actions and witty lines that Barracks revealed his intentions - that is to highlight that the problem faced by barrel children is not so much the absence of their parents but those who are entrusted with their care.

By doing so, the wily playwright not only turns a familiar tale into intrigue, but created a fascinating work of art, employing several current punch lines to boot.

To reinforce this notion, director Barracks, in blocking the play, juxtaposed a hard-working Mitzie, packing a barrel downstage left, with Babsie, well attired for political party meeting. She is also spouting lies about Prince while enjoying the fruits of Mitzie's labour. Though the blocking created split focus, there was no denying that it transmitted a strong message.

The director was also strong in guiding his actors. This was evident especially in Harris creating a character who, though farcical, was consistent in every detail. His use of space, also, is commendable. However, he may want to pay attention to the employment of the fourth wall. At times it seemed to be removed for the characters to speak to the audience and in other instances it became the television set.

All the actors performed believably. They seemed to have understood, and as such played, their roles with authority.

Gibbons was quite convincing as the troubled teenager, Prince, emoting as the situation required. He was able to capture, convincingly, the growth in Prince at the end of the play. Moulton was great as the selfish and abusive Babsie and Findley found the contrast to Babsie in Mitzie and delivered it with clarity and conviction.

In spite of being dealt a one- dimension-character, Harris was able to produce an entertaining Sheka, physically and vocally. Like Sheka, Bulbie did not show much growth, but Gordon was able to make him unlikeable.

The technical aspects of the melodrama were solid for the most part. Music and lighting were compatible to the story. The costumes were well chosen and reflected each charter's status, profession and personality. The set, too, was nicely constructed and decorated, but perhaps the Jamaican setting could have been given less space, so as to prevent the New York setting of what appeared to be a basement, from encroaching on Prince's bedroom.

Overall, Barrel Pickney is well worth seeing. It is strong on message, high on entertainment and ideal for the target group.