US cultural critic, film producer on mission in Ja - Baz Dreisinger seeks 'Justice in Prisons Around the World'

Baz Dreisinger Seeks 'Justice in Prisons Around the World' 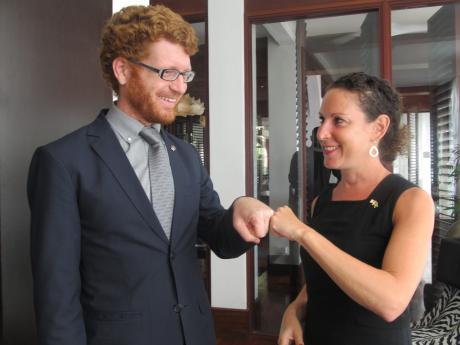 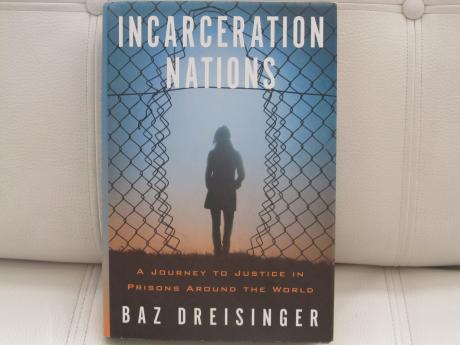 Imagine a world where there are no prisons and wherever there is, all prisoners are given the opportunity to climb to the top of the educational ladder and read for a degree. And more important, when their time is up, they are given a chance to take their rightful place in society.

If that seems far fetched, Dr Baz Dreisinger professor, journalist, justice worker, cultural critic, film and radio producer does not think so. She is on a mission, and by examining cultures and countries through the prism of prison, she hopes to communicate her ideas in a tangible way.

From the John Jay College of Criminal Justice Prison to College Pipeline professor, Dreisinger was one of the readers at the recently

concluded Calabash Literary Festival, held in Treasure Beach, St Elizabeth, where she read excerpts from her book titled, Incarceration Nations, A journey to Justice in Prisons Around the World. Her journey was made possible by the Kingston, Embassy of the United States of America "because the United States is not just about extraditions and foreign direct investment, but it's really about cultural dialogue".

"And we thought that Calabash is one of the most internationally well known parts of the Jamaican cultural scene that shows Jamaica as not just a musical superpower, but a cultural superpower across multiple plants," explained Counsellor for Public Affairs at the Embassy Joshua Polacheck.

The Sunday Gleaner, recently caught up with both Americans at the Spanish Court Hotel, to learn more about Dreisinger's fascinatingly titled book, as well as her philosophy.

Her sojourn into her present passion began when she

volunteered for a prison education programme. But her journey to prisons in the book began in Rwanda and ended in Norway.

"I visited nine countries. In some I have the opportunity to teach, or be involved in a programme, or be a facilitator sort of tour or visit the prisons and talk to people."

New York, in particular, and the United States of America is also very present in the book as the backdrop, "because it's my frame of reference; it's the world that I come from. The work that I do in prison started in a prison in the US"

"The book is not so much a comparative," she continued. "It's a journey through these countries in order to explore the basic fundamental ideas behind our justice system. Each country has a particular theme which is the reason why I went there such as the concept of forgiveness and revenge and reparations and reconciliation in Rwanda and South Africa."

"I looked at solitary confinement in Brazil; incarcerated women globally through incarcerated women in Thailand; private prisons in Australia and the prison industrial complex; Prison re-entry in Singapore; and then Norway is a reflection of what a world without prison theoretically looks like or what we should look towards."

According to the New Yorker, one of Dreisinger's big sticking points in the book is her belief in the power of restorative justice and reparation over revenge and punishment.

"So I am really interested in a system that is number one; invested in prevention and what we call justice investment, putting the money that we put into locking people up, into communities; developing resources and economic opportunities, and breaking down barriers that are preventing people from having access to opportunity.

I often say before the middle and the after. For those in prison, we want to find an alternative to incarceration," she said.

She added, "Think not about re-entry into prison. Create opportunities for people to come home without stigma, with opportunity to do good and be productive citizens."