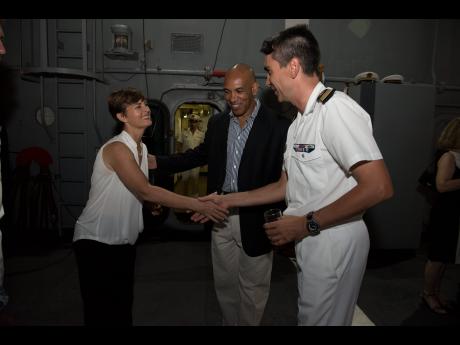 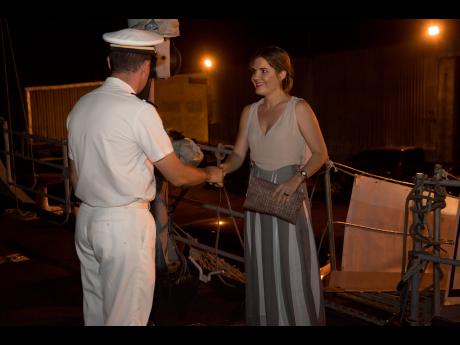 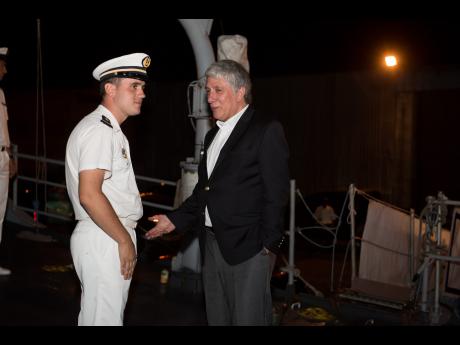 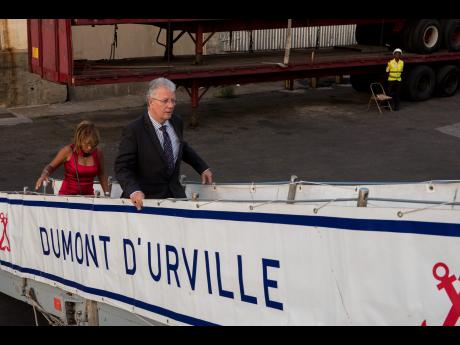 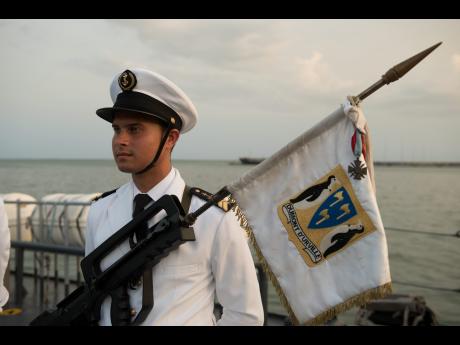 It has been more than nine years since France made a port-of-call to Jamaica. However, that has not stopped the diplomacy between the two countries, and the French Embassy of Kingston recently hosted a reception to make this known.

"We are going to help, we are going to cooperate, and we have got a very good relationship with the Government," French diplomat, Laurent Serra, told The Gleaner.

"In this period when nothing is right in the world, we see that, by cooperating, everything can be right, and this is friendship, finally," he added.

The reception took place on the French rescue boat, Batral Dumont-d'Urville, docked at Kingston Wharf, Berth 5 and 6. The reception was hosted by Jean-Michel Despax, French ambassador to Jamaica, and The commander of the ship, Nicolas Marion.

The small gathering of guests included diplomats, army personnel and civilians who, for the most part, spoke French and English, and sampled cuisines from Jamaica and Martinique.

Adding to the idyllic ambience was live music from the keyboards and the occasional vocals of Rickie Sterling. Among the musician's selections for the entrÈe were Rhinestone Cowboy and, of course, Bob Marley's Redemption Song.

It was to be sometime after the guests assembled that Ambassador Despax welcomed them. He highlighted two reasons for ending the nine-year drought to Jamaica.

"First, we are here because we were invited by the Jamaican Government. The French chief of all the army forces in Guadeloupe and Martinique came here months ago. He had a wonderful and fruitful meeting with General Nelson and General Anderson and an invitation to be part of the Trade Winds 2016 exercise."

The second was the reason for having the 2016 Trade Winds exercise that included 18 countries from the Caribbean and their partners the United Kingdom, the United States of America, Canada, France and Mexico.

"It's also a cooperation that is also needed to fight terrorism," said the ambassador, who has been in Jamaica for two years.

Among the guests in attendance was Senator Kamila Johnson-Smith, minister of foreign affairs. She told The Gleaner that the port of call by the French was "another demonstration of the friendship between France and our country. The fact that they are here participating in the Trade Winds exercises, over the past few days, has been an excellent re-bonding of our countries."

Ambassador Despax also announced that the biggest cruise ship that was ever built in the world, the Harmony of the Sea, will be docking in Montego Bay in November. Guests were also given a tour of the five-deck amphibious ship with its crew of 50, who are all trained firemen.