A pleasant evening of 'Rhapsody in Steel' 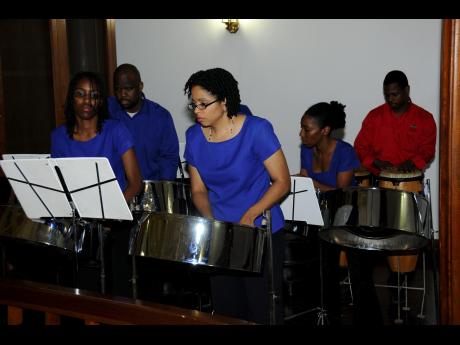 File
A section of the UWI Panoridim Steel Orchestra in action. 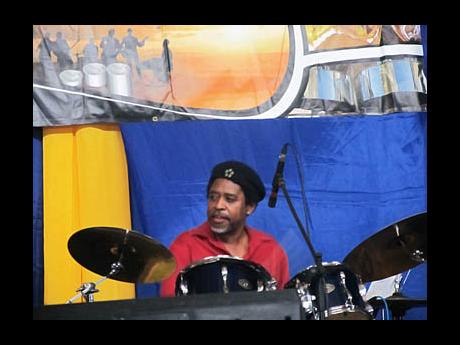 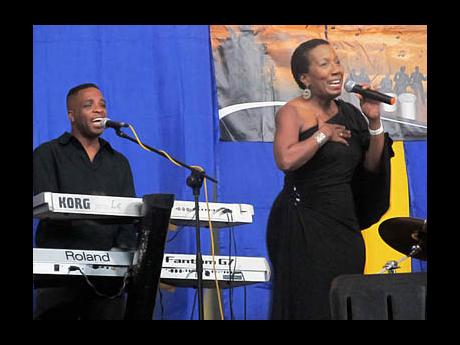 When short, hand-held sticks gently hit specific spots in a timely manner, the beautiful sound that emanated from the mainly half pans, with a few full-sized ones, was mesmerising. Despite the absence of vocals - except for a shout here and there for dynamism - the words of the songs being played seemed to float from the well-arranged patterns brought to life by the choreographed, dexterous movements of each musician.

So it was on Sunday that the Manning's Hill Road-based church, St John The Evangelist, had the sixth staging of their fundraising steel band concert at the Karram Speid Auditorium. Aptly, it was called 'Rhapsody in Steel: A Musical Feast'. There was no denying that it was, indeed, a 'pan' concert.

From the opening item, Jamaica's National Anthem, to more than three quarters of the programme, it was a steady dose of favourites. Two bands, The Bethel Steel Orchestra and The UWI Panoridim Steel Orchestra, were entrusted with the responsibility of keeping the audience fully engaged.

On paper, the format of the programme seemed mundane, the bands were to alternate their performances. But aided by some witty remarks from MC Aggrey Irons, mundane faded fast. It was a 'clash' between musical friends, although Irons dubbed it war.

The Bethel players opened with Evad Campbell's arrangement of Caribbean Medley and songs by Donnie McClurkin.

On the conclusion of the Bethel players' first set, the Panoridims, placed stage left, replied with Third World's Try Jah Love. It was arranged by Allison Morris. They immediately followed with the first of four of Samantha Williams' arrangements, Uptown Funk by Mark Ronson featuring Bruno Mars. This was just what the younger members of the audience wanted, and they easily provided the vocals.

With a steady show of energy, the musicians from the institution of higher learning returned to entertain with another popular selection, Nesbeth's My Dream, arranged by Williams. This time, all ages sang along. They provided the secular balance, changing gear in their final set, going gospel in the form of Marvia Providence's Warrior and Shurwayne Winchester's Dead or Alive. The pieces were arranged respectively by Williams and Diallo Dixon.

Being a church band, the Bethel Baptist Church pan players stayed true to their Christian foundation. They kept the audience rocking to and singing a number of favourites, such as The Grace Thrillers, Orane Shaw-arranged Raise Yuh Hand and their curtain closer, Lord Kitchener's classical, Pan in A Minor, arranged by Kraig Bisnott.

Smith was at her usual best, delivering songs like At Last and Aretha Franklin's RESPECT (Respect). On request from the audience, she was to return with Jesus Come For All.

Funds from the concert will go towards repairing the church's roof, Bishop Harold Daniel told The Gleaner.