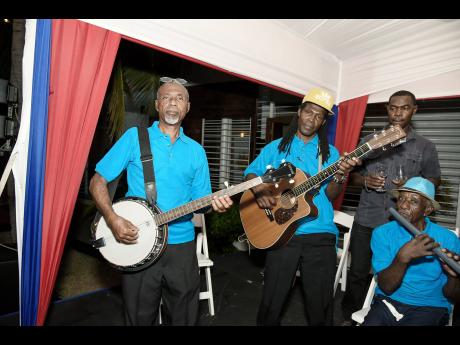 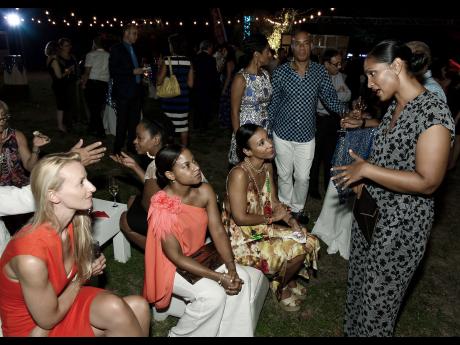 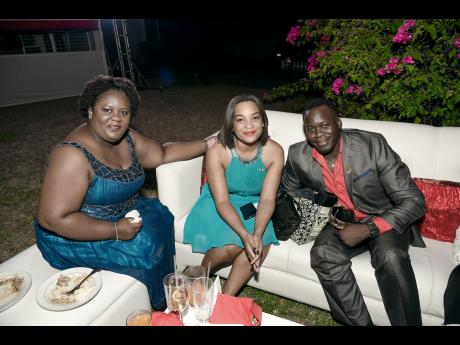 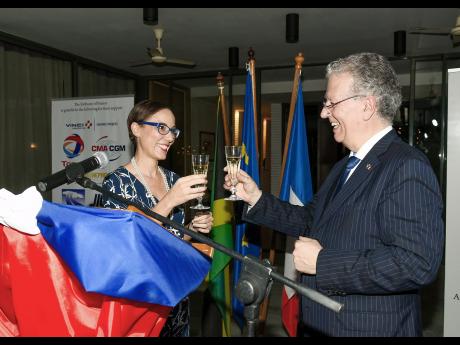 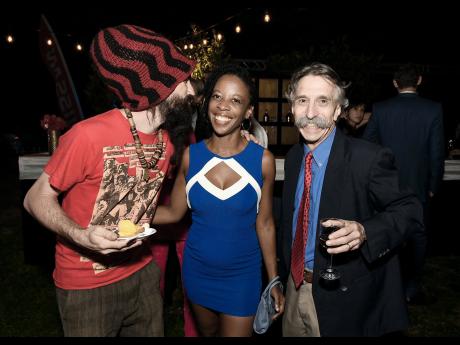 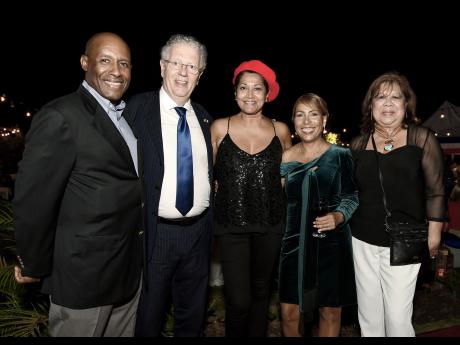 On his arrival on the main stage, Jean-Michel Despax, the ambassador of France to Jamaica, announced that he was also the master of ceremonies for the evening. "And I like this role" he said, to the amusement of his guests.

He continued, "We start, as usual, by singing the national anthems [Jamaica and France]. When you hear the French National Anthem tonight, it has special meaning and reason as you all know ... of what happened in Nice. I won't elaborate on what happened," he said.

"Tonight, we celebrate Bastille Day. We celebrate a great day for France and also for Europe and humanity based on human rights."

Sometime later, Madame Line Despax, wife of the ambassador and co-host, shared with The Gleaner, "Even in spite of the attack, we never give up. They can't take the happiness, and we have to continue to rise up. They want to take away the joy. They don't like the music, they don't like our culture and we have to say no. And we continue to play our music; and we will continue with our culture and to celebrate. And we will celebrate with Jamaica on your National Day. We will never give up."

The annual Bastille Day celebration was held recently, France National Day, and saw guests comprising of a cross section of French, French speakers and Jamaicans at the magnificently decorated French residency. At the receiving line, each was greeted by Ambassador Despax and Mrs Despax and given a pin boasting French and Jamaican flags before walking on red carpet into live music from the Blue Blaze Mento Band.

Members of the University Singers, Ana Strachan, Lori Burnett and Roy Thompson, in the absence of Franklin Haliburton, gave a strong performance of the anthems of both nations.

Strachan and Burnett later expressed that it was a lovely opportunity to perform at the event and it meant more because of what happened in Nice. "Glad we got the opportunity to help them deal with that through the anthem, as it inspires them to keep going. It is a very inspiring anthem, especially, unfortunately, in times of war," Strachan concluded.

In her opening statement, Minister Johnson Smith admitted to being a beneficiary of the one-year study programme in France as a student at the University of the West Indies, before paying condolences to the people of France. "We join with the international community in expressing our profound sympathy to the families of the victims of this selfish and dastardly act, and we state firmly that we stand in solidarity with the government and people of France as we seek answers.

"Bastille Day is an occasion which remains of paramount and historic importance not only for France, but to many across the world. We commend the people of France for their resilience and defence of the democratic ideals on which the great country of France was built, and the embassy's sense of strength and defiance," she added.

On the conclusion of the Minister's speech, the official ceremony concluded. But the evening of elegance continued with recorded French music, more socialising and partaking of combined Jamaican and French cuisines, all organised by Martinique-born Madame Despax, who expressed her delight at being in Jamaica and sharing in the celebration.