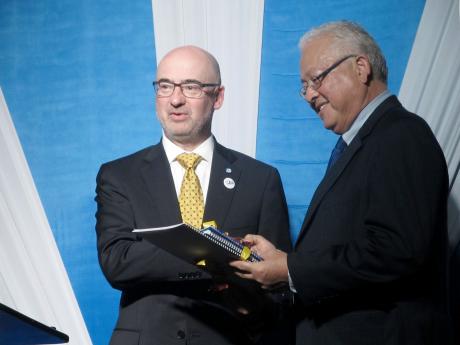 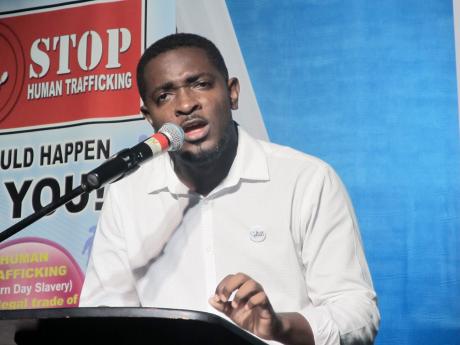 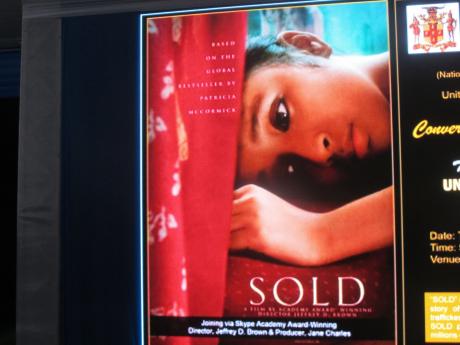 Jamaica's rating has improved due to its gallant effort in fighting human trafficking, and the Ministry of Justice, in partnership with the United Nations Development Programme (UNDP), is calling for even more action.

July 30th was declared World Day Against Trafficking in Persons by the United Nations Assembly Council in 2014 and, two days before the 2016 observance, conversations, cocktail and cinema were held at the Jamaica Pegasus hotel, New Kingston..

"Jamaica can make a difference in trafficking," Carol Palmer, permanent secretary in the Ministry of Justice, told the gathering of stakeholders, well-wishers and media. The function was held under the theme 'Circle of Change: Understanding Trafficking, Supporting Victims'. "As recently as yesterday, three persons were rescued," Palmer shared in her welcome.

United Nations resident co-ordinator and UNDP resident representative Bruno Pouezat described the function as timely, relevant and important. "Here in Jamaica, the Governor General Patrick Allen has declared the week of 24th to 30th of July Trafficking in Persons (TIP) week," he said.

The aim of the week's series of activities was to sensitise the public to TIP and Pouezat encouraged all to treat the issue as a national priority. He defined TIP as an exploitation of women, men and children. Sex exploitation is the most common form and forced labour ranks second.

These and other forms of TIP were presented in the film SOLD, based on a book by Patricia McCormick. The film centres on a young Nepalese girl, Lakshmi (played by Niar Saikia), who is poor and wants to give her mother a roof that does not leak when it rains. The plight of her family is fertile soil for exploitation.

Lakshmi's father, who has a deformed hand, is tricked into handing her over (in exchange for money) to a woman who turns out to be a trafficker. In her new unwelcome situation the young girl fights against her captivity, but to no avail. Lakshmi is drugged and trapped in a world of prostitution in an Indian slum.

Lakshmi escapes with the help of strangers. Unfortunately, that is not before she experiences sexual and, physical abuse, as well as witnessing the horror of death.

In general, the acting from the large cast of varied age groups, along with the directing, was of high quality, as was the cinematography. But the overall strength of the film was the message to act. Produced by Jane Charles, SOLD was written and directed by Jeffrey Brown.

Other concerns addressed in the film were health issues such as AIDS, the demonic nature of the traffickers and the importance of awareness to ending human trafficking. The film is rated PG-13 and is 97 minutes long. The edited version shown on Thursday was 50 minutes in length.

Minister of Justice Delroy Chuck and Senator Pearnel Charles Jr also addressed the audience. Chuck announced that the justice ministry will be undertaking widescale aggressive training for all stakeholders and urged all Jamaicans to participate in removing the scourge of human trafficking from the society. Charles noted that at times, TIP is taking place in plain sight and admonished Jamaicans to be more aware and play their part. Dub poet Randy McLaren delivered a moving piece titled Not for Sale.