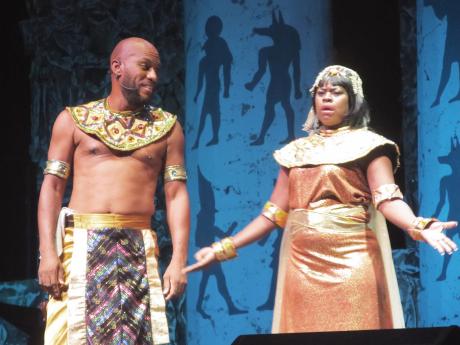 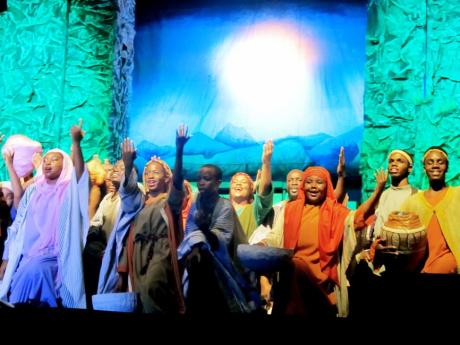 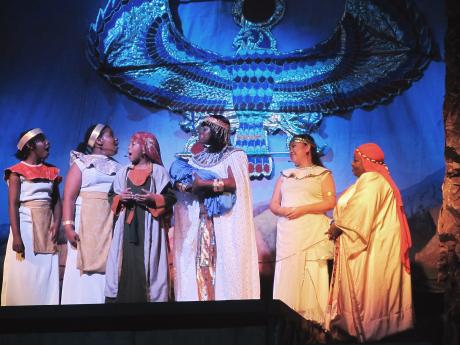 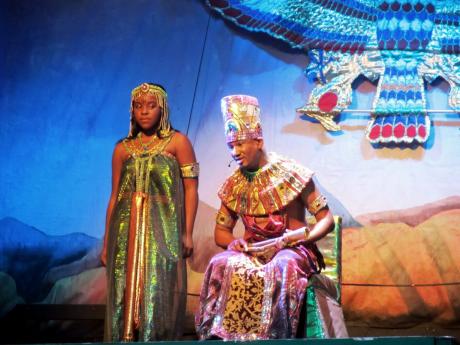 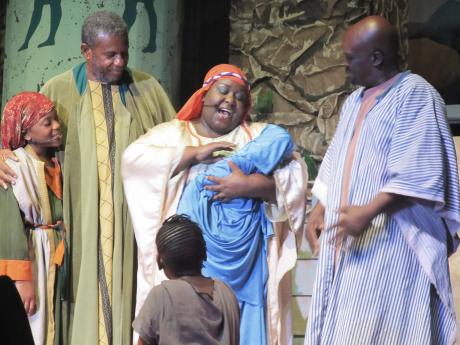 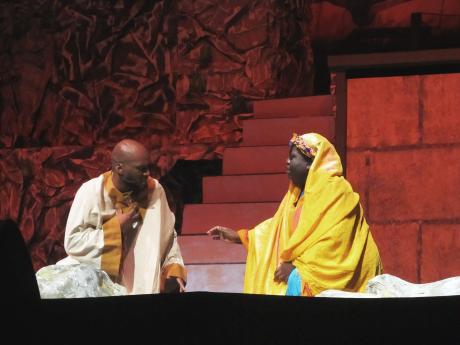 Matters of rejection and acceptance were central to the iconic Bible story Moses. In their 2016 production of the epic Bible story, Father Ho Lung and Friends has made this the compass for their drama ministry. This was achieved through a well-written script, gripping special effects, appropriate costumes, lighting, set and props, along with thoughtful blocking and convincing acting. All packaged to create a spiritual awakening.

Written in a non-realistic style, the Father Ho Lung-penned musical begins 20 years after Moses (Wynton Williams) led the Israelites out of Egypt. With Moses up on Mount Horeb, the people are restless, none more so than his older sister Miriam (Cateicia Smith). So she complains to her brother Aaron (Craig Walters) who is left in charge by Moses. He reminded her, through a series of flashbacks, how they ended up in the desert. But this does not quell her desire for the insipid past as well as rejecting the God of Israel. And as the familiar story goes, Miriam is smitten with leprosy that goes away only when she admits to seeing the light. This leads to her subsequent acceptance of God. But Moses dies before entering the Promised Land.

Staged at the National Arena in Kingston, the production of Moses was of a very high quality. The plot was much tighter than the previous script. It tugs at various emotional strings and depicts a Moses that does more self-searching, even at a young age. In one of this Hamlet-like moments, Moses questions his distinctiveness from the Egyptians of his age group. "Why am I stronger than the others?" he asked.

The songs in different genres were entertaining and quite successful in moving the story, especially in the pestilence scenes. Songs such as the powerfully written I Am remained, but there were also some new songs, such as Shame on Me. Paula Shaw's movements complemented each genre of music.

There is no denying that in addition to the fantastic songs, another of the strongest drawing cards to Father Ho Lung and Friends' productions is the spectacle. And Moses 2016 was no different. The drab dresses worn by the Israelis and the contrasting gold-accentuated costumes of Pharaoh and his household were well constructed and reinforced the character situations and status. And so when the Israelis left Egypt, they left behind grey-coloured for bright-coloured clothes.

The special effects under the supervision of technical director and lighting designer Robin Baston were magnificent.

There was something for everyone, from the gothic creatures of death to the lesser intimidating burning bush and the Red Sea. However, Baston may want to address the musical instrument drowning the soloists, as was experienced at Sunday's performance. The PJ Stewart-designed set and props were also well designed and functional. The multipurpose towering columns used for the Pharaoh's palace, with a simple turn, became Mount Horeb.

More significantly, the large cast was the beneficiary of the space provide by the magnificent set that, for the main part, remained fixed in the upstage areas. The timing in entrances and exits were extremely important, and in this area, Thames was quite successful too. Moving the action at the various levels offered by the set went quite well.

The acting was also of a high standard, especially the principals. Williams, as the older Moses, was forced to empathise with his character and did a fine job. Smith and Craig, along with Leighton Jones as Ramses, and Kristen James as Neferti, were also convincing in their respective roles.

Without doubt, the production of Moses is a splendid show that is well worth seeing.