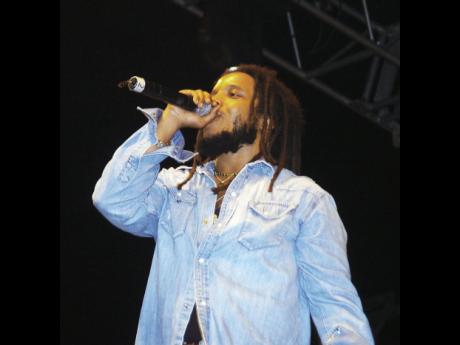 Collections of rockers have risen and fallen on Billboard's listing of top reggae full-length projects, but Stephen Marley's Revelation Part II: The Fruit of Life, has retained a steady position just below the peak from last week - just as it did on the previous ranking. It is at number two on the Billboard Reggae Albums Chart for the week of October 29, 2016, as it was on the previous edition of the chart.

Revelation Part II: The Fruit of Life, has been at the number one spot before in its 12 weeks on the chart. This time around, though, the top spot is occupied by Falling Into Place (Rebelution), which vaulted over Marley's set after being at number three last week.

It is solely the Marleys - Stephen and Ziggy - who are maintaining a Jamaican presence in the top 10 of the Billboard Reggae Albums chart this week. And Ziggy Marley's self-titled set is down the track at number nine, down two places from last week in its 21st week on the chart. Dropping back out of the listing is Vybz Kartel's King of the Dancehall, which had popped up on the very trailing edge of the top 10 last week. Also gone is Reggae Gold 2016, which hung around in the lower half of the top 10 for a few weeks.

Stick Figure's Set in Stone, is at number three, moving up from its fifth-place last week. The Frightnrs' Nothing More to Say, has also got a two-place lift and is now fourth. Completing the top five is Wandering Soul by HIRIE, the former number one re-entering the top 10 in its sixth week on the chart.

In the lower half of the top 10, the EP Dub Collection, Vol. 2 by Fortunate Youth, debuts at six, former number one Fireflies (John Brown's Body) has re-entered the top 10 at number seven and Iration's Hotting Up, is at number eight, back in the top 10 in its 59th week on the Billboard Reggae Albums chart.

Rounding out the top 10 is i Thoughts by Cali P, making its chart debut.