The Stars Turn out For 'I Am Bolt' 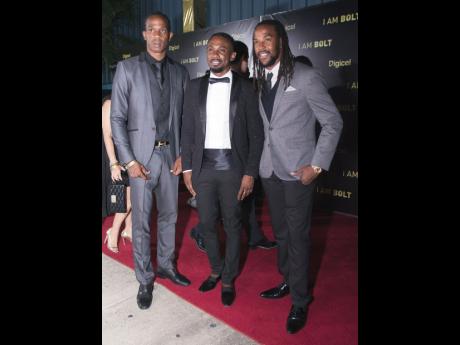 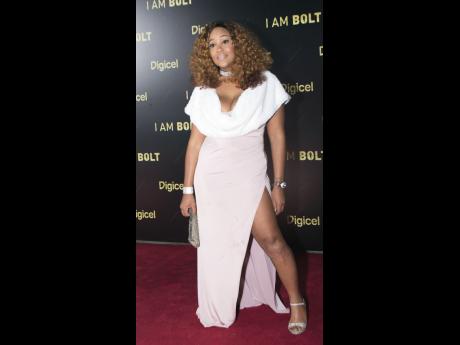 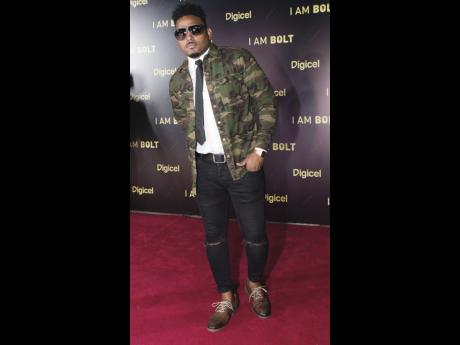 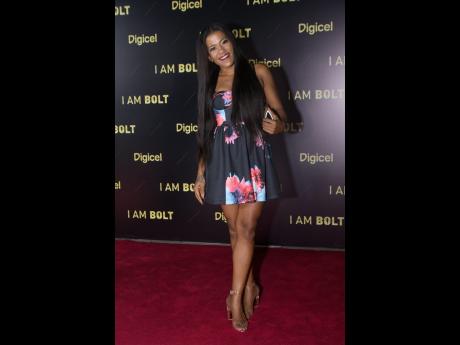 He is recognised all over the world as the world's fastest man. Many see his success and the posh life that comes with it, but don't truly understand the depths of his sacrifice and the many obstacles he has had to overcome to get to where he is today. The latter changed on Tuesday night as more than 800 guests got an exclusive, in-depth look into the life of nine-time Olympic champion, Usain Bolt, at the Caribbean premiere of his movie, I Am Bolt.

Government ministers, entertainers and fellow track and field colleagues turned out in their numbers to support the man who has rewritten the pages of the history books of sports time after time. Christopher Martin, Tifa, Kevyn V (from Voicemail), Joe Bogdanovich, Asafa Powell and Minister Olivia Babsy Grange, were just a few of the guests who turned up to watch the film at the National Indoor Sports Arena. It was lights, camera, action at the venue's entrance as guests rocked the red carpet clad in stunning outfits from established designers, both local and international.

The film largely surrounded the Bolt's many sporting achievements, but it also gave viewers a look into what life is like for the world's fastest man off the track. He brought positivity with him onto the track and oozed confidence every time he ran a race, but persons got to see that even though he has been made an immortal in the sport, Bolt is very much human and struggles with insecurities, injuries and yes, nerves.

In an interview with The Gleaner, Bolt explained that he held nothing back during filming as he wanted his fans to see the real Bolt.

"For me, this film represents what I went through and what I want people to see, to inspire people and let them understand that it wasn't easy," he said, explaining that it was important that he held nothing back. "A lot of people keep saying, 'Oh, you make it look so easy,' so I wanted them to see that it wasn't. One thing the Turner brothers asked me at the start was if we're going to make a good film, you have to really tell us as much as you possibly can, let it out so that people, when they watch it, they can know you, so I really gave it my all. I really tried to just put out everything out there, lay everything on the table so that people can understand and know that this is the real Usain Bolt.

The documentary film managed to hold the audience's attention for more than an hour and a half, and never once did they lose interest as they watched a legend come alive before their eyes. Viewers were taken on a journey reliving Bolt's finest moments from as far back as 2002 when he won gold at the World Junior Championships at the National Stadium. They also saw Bolt at his most vulnerable as he struggled to keep himself motivated enough to continue his history-making streak. They saw him battle injuries throughout his career, some threatening to put an end to his journey before he reached his destination. They also saw him making decisions to let loose and enjoy himself even as he carried the weight of the world on his shoulders. And then there were those moments when he opened the doors of his home and viewers got to see him interact with his family and his best friends, highlighting just how much they contributed to his overall success. There were also bouts of dancing, singing and Bolt cracking a few jokes, but of course, the film wouldn't be authentic without those entertaining moments from the man himself.