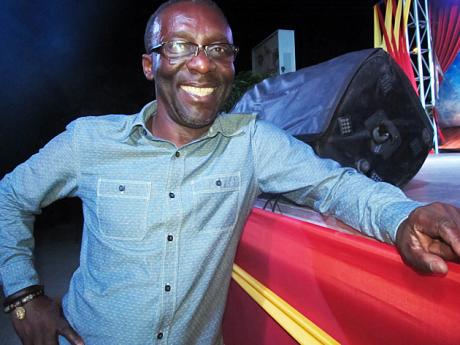 Owen 'Blakka' Ellis accepted the Lord's calling in October 2016, but getting to that point was akin to Saul on the road to Damascus.

"It is funny. It came about because I was resisting it, actually," Ellis told The Gleaner at the inaugural staging of Praise and Laughter at South Beach on Saturday.

A Jamaican friend, Nene Kwasi Kagle, who was a chief in Ghana, had a dream. In the dream Kagale, Blakka and another friend, Michael St. George, were running from the police because of mistaken identity. Kagle's interpretation was they running from something that they need to face up to.

"I knew then what I was running from. I had this constant battle between intellect and spirituality. I have many why questions, So now I stop asking why and am asking 'Why Not?," Ellis said with certainty.

His stand-up comedy partner and friend Bishop Alexander 'Bello' Bell, has been a Christian for over 30 years. In him Ellis sees an example of how to live a godly life. So, Ells said, "I said 'why struggle with this thing"' and that was my turning point."

"So far, it's been challenging and blessing. I am now working for God. It does not mean I am getting a good pay, but my pension plan is out of this world. That's my approach."

His younger brother, Ian 'Ity' Ellis, who accepted Christ in 2015, is elated that Blakka, too, is a Christian.