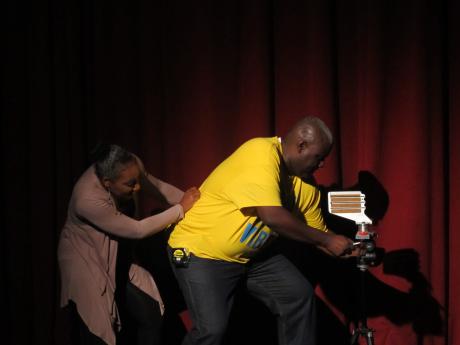 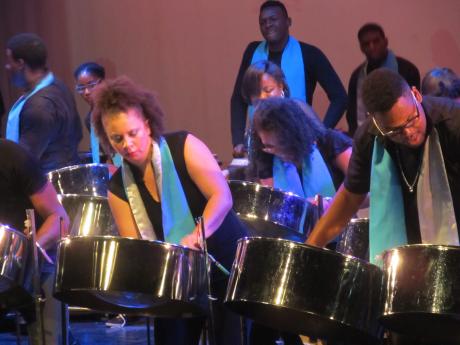 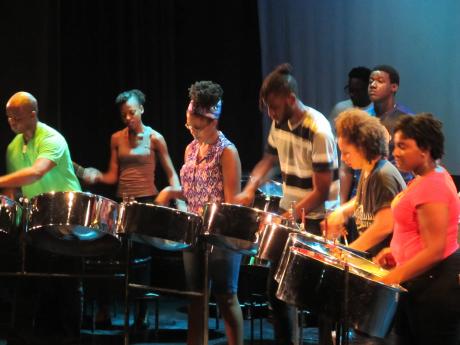 High energy and a variety of musical genres helped to mark the 40th anniversary of the University of the West Indies' UWI Panoridim Steel Orchestra.

The fourth of six shows scheduled for the weekend, was held on Saturday. Titled 'Panfest 2017, The 40th Journey: Steelin since '77, the audience was given an amazing musical ride. They were guided by a pool of mixed-faculty musicians, who performed with conviction, thrilling the almost-full house with fancy choreographed footwork and arm twirls that created a web of musical magic. In turn, they were treated with continuous applause from the appreciative audience.

Dennis Henry was among the audience. He said his appreciation for the 'pan' came as a result of studying in Trinidad. "I tell you, they compared very well," he told The Gleaner.

The well-executed show was divided into two segments. Part one began with Panoridim Jam Medley and was followed by a splendid rendition of one of the audience's favourite, I Will Survive. The players continued with a more soaring performance to Dancehall Medley, and a few reggae and pop. Part one ended with the classical piece, Brandenburg Concerto No. 3 in G Major (1st Movement), performed by a small group.

After a short break, the pan players returned to their sparkling pans. Some pans were hoisted on medium-height legs, while others, which needed no support, were placed in the upstage areas of the Sir Philip Sherlock Centre for the Creative Arts, UWI Mona.

The performance in this section was no less than before; the spectacle intensified. It started off with black costumes that replaced assorted colourful ones worn in the previous half. But it was the use of masks, hats, and white and green stoles around the players' necks that made the segment memorable. Lights and other special effects enhanced the lively and beautiful sounds of selections such as Masterblaster, Toco Band, and Different Me.

The absence of an MC contributed to the innovativeness of the programme. Instead, there were two not-so-convincing, but entertaining - 'Time Travellers' (Hayden Hamil and Jilleen Pearson) travelling on a 'time machine' while providing some background information on selected items.

Without a doubt, the UWI Panoridim Steel Orchestra's 40th anniversary, was a fulfilling experience.