A bright ‘Moon on a Rainbow Shawl’ 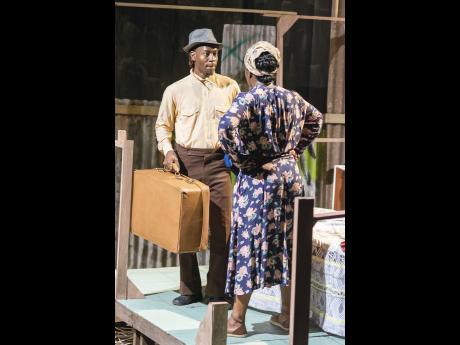 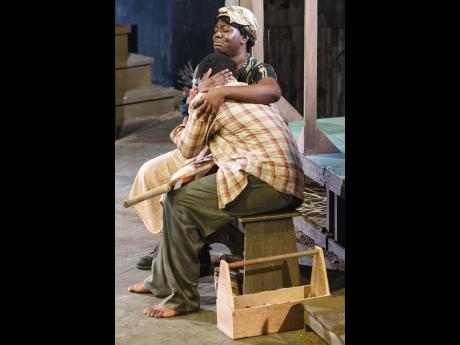 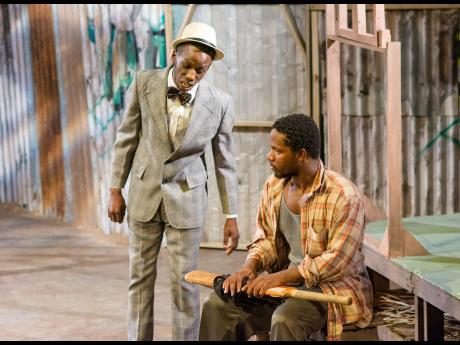 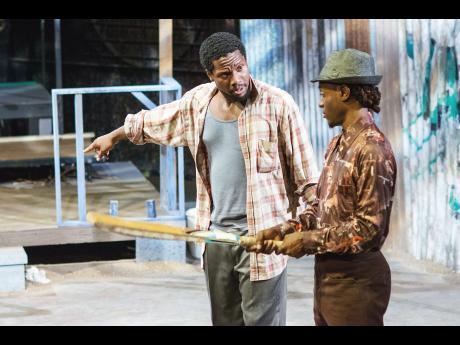 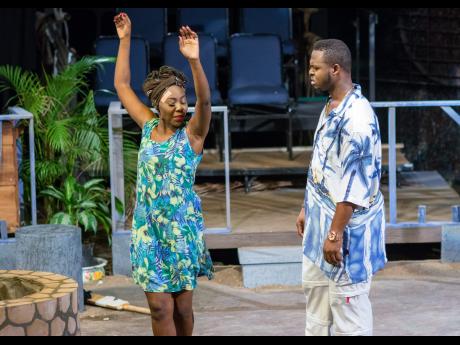 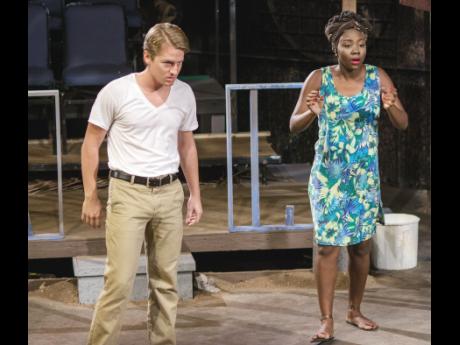 Long before the rainbow became the symbol of hope and coalition of a different sort, Trinidadian playwright Errol John scripted the play Moon on a Rainbow Shawl. Set in Trinidad, the play explores the lives of three women - Sophia Adams, Rosa, and Mavis - through the prism of their requisite relationships.

Though their moral values set them apart, in their financial circumstances, their tenement yard dwelling, as well as their relationships with the men in their lives, the audience finds a common goal: the unhappy older married woman (Sophia), the young lover (Rosa), and the hardened, experienced lover (Mavis).

Success in staging this Caribbean classic requires well-thought out set and costume designs, the right cast, and a creative director. On Friday, opening night of the School of Drama's production, all four criteria were met with some triumph.

From casting his student thespians in suitable roles to moving them on stage, director Eugene Williams showed a comprehensive understanding of the masterfully written script.

Jason Richards was the perfect choice for Ephraim, while Jaycie Lewis, who captured the tonal quality and personality of Mavis, was a good choice. In Marchinel Smith, he illustrated the bounce and energy of the curious Esther Adams. Williams did well by casting Alandrea Reynolds as Rosa. The parents of Esther, Sophia and Charlie Adams, (Fredreeka Smith and Neil Waithe) were also good choices. He, however, may want to review Chevan Shirley's all-black hair for Old Mack.

Through well-defined blocking, the director showed, too, that the added drama often associated with opening night can be limited to the less obvious such as messed up lines, inconsistent accent, or not being true to the emotional state of characters. The consistency in the exits and entrances were helpful.

The spirit of the play is shown in the interactions among the characters in the common yard space and their respective home space. Wearing the hat of set designer, Williams did a fine job. From the higher elevated house for the ambitious Ephraim; the clustered veranda of the Adamses; the two passages up stage right (to Rosa's room); and down stage left (to Mavis' room), the zinc fence masking steps, taking the characters down hill to the-all-important water tap placed down stage centre.

To facilitate this innovative environmental theatre design (members of the audience are also seated on stage in the homes of the characters), the adjustable stage of the Dennis Scott Studio Theatre was on show. The traditionally vertically placed wings were adjusted to a more horizontal position, thus increasing the width of the stage. The adjustment was quite effective.

Costumes, props, and lighting were just as effective. The swirling skirt for Mavis, the clothes line filled with clothes after Sophia's washing, and the well-lit full Moon that projected and symbolised the continuity of the dream of Esther and Sophia, in spite their challenges.

Overall, Moon on a Rainbow Shawl is well worth seeing. It can only get better for its second weekend run on April 7, 8, and 9.