‘Frank the Freak’ A Bucketful Of Laughter 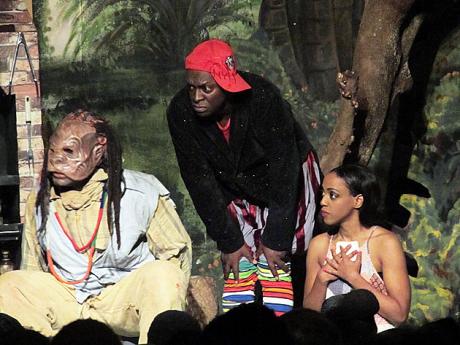 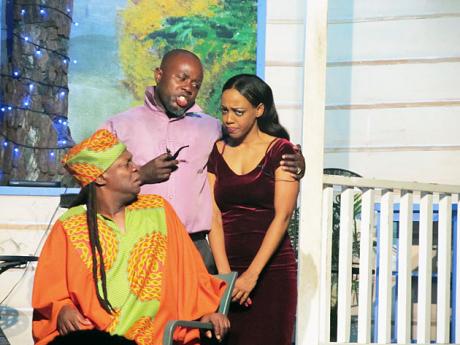 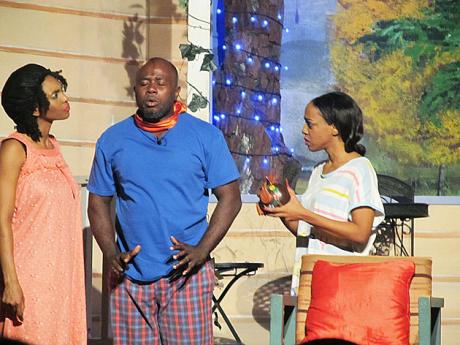 Patrick Brown's play, Frank the Freak, is a non-realistic musical comedy with strong tragic elements and a character making a significant sacrifice.

A young boy saves a toddler from a burning building, but his heroic act has resulted in a life-changing experience. It is at this juncture of the character's life that Brown begins his story with some success.

The play begins with high drama. It is night, and a deformed Frank (Akeem Mignott) is being chased by a mob. With daylight, the actions shift to the back veranda and yard of Tiny (Courtney Wilson) an overprotective father; his suppressed daughter Cutie; (Keisha Patterson), and their imposing helper, Munchie (Sakina Deer). At the end of the scene that establishes Cutie's attraction to Frank, both are brought together by a desire for friendship. This was done through an effective use of song. Momentarily, Ben (Glen Campbell) Frank's imaginary friend, joins the party.

The playwright's intention is clearly to generate much laughter, but that may also be the downfall for Brown. In facilitating laugh lines, the plot struggled in some parts. The necessity of squandering a scene to show Munchie eating stolen food in the dark did not enhance the plot, especially as this character trait was successfully highlighted by Tiny.

With many performances under their belts, the actors performed with alacrity. Campbell was the workhorse of the cast. In addition to Ben, he also played Killa and Ezekiel. Both are suitors of Cutie. In all three roles, the veteran actor was brilliant. Aided by appropriate costumes and suitable gestures and mannerisms, each role was clearly defined.

Wilson was also large in his creation of Tiny, from the consistent shaking of the arms, to the slow pace at which Tiny walks, all helping to make the character look believable. Mignott, too, was consistent with the physical appearance of Frank. From the sweeping movements of the feet to the hunchback (reinforced by costume), he was able to evoke compassion and laughter.

Deer and Patterson also gave good showing of themselves. Each understood her respective role and delivered lines in speech and song with clarity.

Directors Brown and Trevor Nairne moved the actors well, but the entrances and exits were hindered by their set design. Visually, the set was grand, definitely a beauty, and reflected the status of Ben. But the veranda seemed to be incorrectly attached to the main part of the offstage house. The confusion was made worse by having one door to serve as the entrance to the house and the front yard. There was no access from the veranda to the house either. The two, however, redeemed themselves in the design of their costumes.

Nonetheless, the production seen on Saturday, at the Center Stage Theatre, was energetic and engaging. The absence of the fourth wall allowed the actors to interact with the audience, which seemed to work to an extent.