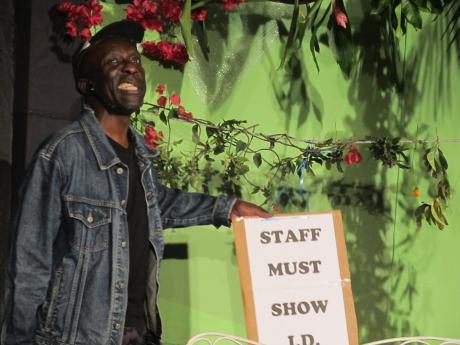 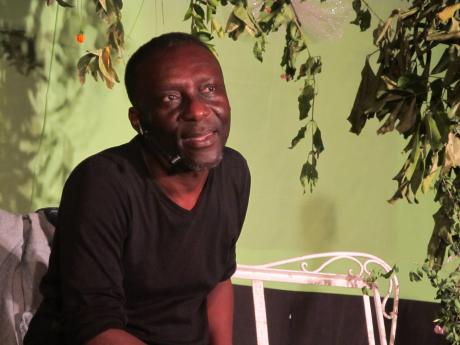 It was a sermon with a difference, heard by a capacity size congregation at the United Theology College (UTC) on Sunday afternoon. The preacher, newly converted comedian and actor, Owen 'Blakka' Ellis, who is now on a mission to make sons of Jamaica into Men of God (MOG) "because we have a problem with men".

"There are fewer men in the schools teaching, fewer men in the Church than there are at the corner, rubbing out their hand middle," Ellis explained to The Gleaner at the end of his rib-tickling sermon.

"We have to reclaim them and reframe how we teach and talk to them. I am hoping that this can be the beginning of how we reach men. If we can make them laugh - the biggest bully can be made vulnerable if you can make him laugh and cry - and that's my aim."

To achieve this goal, Ellis is using a tool that has propelled him into the spotlight over the years - theatre.

"It's an experiment - with using theatre arts: comedy, storytelling, poetry as part of ministry - which should not feel like boring church preaching. The aim is to keep them entertained, keep them laughing, and at the same time, there is an underlining message that is based not as some written conceptualised kind of sermon, but one of real earnest story. So it's me sharing my deep earnest dark journey, in a way to uplift people."

And so he did in his two-segment sermon titled, 'Blakka Ellis Live: I Wasn't Supposed To Be'.

Everyone was held captive with his powerful yet amusing childhood anecdotes. Some were recalled from memory, others read from his book, Riddim & Riddles, and from his imagination. The central character of the childhood memories was a colourful abusive Aunt Beck, whose upbringing of her nephew justified the latter part of the title of the event.

Staying true to his mantra, Ellis, with the aid of music, set and costumes, examined the behaviour of men through the prism of love, relationships and the general attitude of society towards them. How boys are socialised is different from girls, he noted. "It Hard to be a man"; they grow up believing that man must be rough. And so he called for compassion towards them. "Teach love" to them, he implored.

The very entertaining programme also included performances from Freedom Ministry, an intense delivery of Claude McKay's If We Must Die, by Ryan Graham and remarks from Ian 'Ity' Ellis.

Blakka Ellis Live: I Wasn't Supposed to Be was organised by Freedom Ministry (a multi-denominational church performing arts ministry) and Ellis International. Ellis joined Freedom Ministry when he became a Christian, to build his spiritual muscle and to maintain a link with theatre practitioners.

"I can teach them theatre and they can teach me to maintain the doctrine."