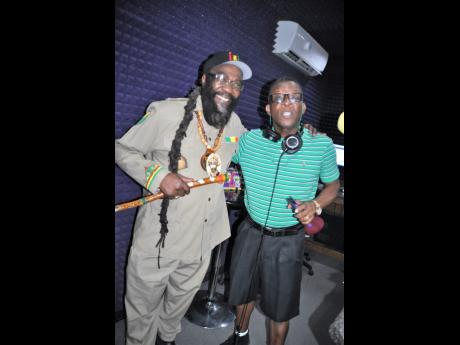 Due to inclement weather conditions across the island, the Denroy Morgan performance that was scheduled for tonight at Pepperseed at Puls8 has been postponed.

The normal Wednesday retro party will however, continue there tonight, weather conditions permitting.

Morgan is currently in Jamaica for a hectic media schedule to promote his new album, Muzical Unity, and so far he has done several radio and television shows both in Montego Bay and Kingston.

He made a riveting appearance on Sunday at Christ Church in Vineyard Town with his Asaph Niabingy drummers and on Monday he celebrated a birthday at the Riu Reggae resort in Montego Bay with close family members and friends.

At a meeting that was just concluded between Morgan's management executives and Pulse, a decision was made to push back the performance to the Jamaica 55 celebration period in August when he will be joined by his son Laza 'One By One' Morgan and a number of music colleagues.

More information on the new performance date at Puls8 will be announced later.

Tomorrow afternoon (May 19), Denroy Morgan will do a musical welcome for those attending the unveiling of the Marcus Garvey statue at the University of the West Indies.