A night of Flamenco music, dance and more 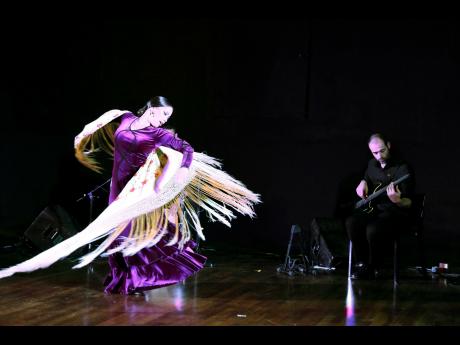 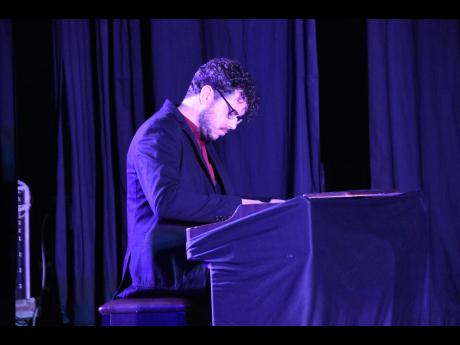 Contributed
Pianist and originator of the show, Alberto Raya, strikes a passionate chord with the audience as he performs during the Caminos Flamencos concert.
1
2

It was a show of artistry in music and dance. Patrons watched, spellbound by the rhythmic feet stomping and fervent movement of fingers plucking strings of bass and electric guitars, complemented by gentle tapping of a cajon (box) as the Spanish Embassy's recent Caminos Flamencos lit up the stage of the Courtleigh Auditorium, New Kingston.

The occasion was a concert titled 'Caminos Flamencos; A Night of Flamenco Music and Dance' that served as a welcome party for Ambassador of Spain to Jamaica H. E. Josep Maria Bosch Bessa and his wife, Maria Teresa Gonzalez.

Before the entree of fervour the ambassador, who also introduced the Flamenco group, told the full house that his tenure in Jamaica looked exciting. He high-lighted a few things that Jamaica and Spain have in common: their shared history and the common interests of the two governments to have bilateral relations and to keep working to increase in economic and cultural ties. And he shared a personal story that connects him to Jamaica: in 1995 while on a posting in London, a Jamaican doctor saved the lives of his wife and son, Carlos, with a life or death Caesarean section.

"We are very happy to be in Jamaica because we will be able to give back what we receive," he added, before giving background information on Flamenco and subsequently introducing the Caminos Flamencos.

"Flamenco is one of Spain's most internationally recognised art forms, like Kingston, which has been recognised as a creative city of music, Flamenco as an art has also UNESCO's recognition, the heritage of mankind. Flamenco comes from the heart of the South of Spain and spread to other region ... but now, Flamenco belongs to the world. You will feel and love Flamenco because just like Jamaica's reggae and dancehall it is a folk music, it's a cultural expression of the sentiment of a people - the sadness, joy, hope, and despair. There are two words that describe Flamenco in Spain: intensity and passion."

Then the Caminos Flamencos took the audience from the roots of Flamenco in its purist version to the modern, incorporating the sounds of piano and bass guitar.

They began with an intense dance, Pregon Grauddino, performed by Flamenco dancers Irene Rueda and Alba Farjado. Then the four musicians, led by self-taught pianist Alberto Raya followed up with two stirring performances, Taranta and Albaicin. The dancers returned with a change in costume and more fervour. And so the programme continued to the closing piece, Yaleos a morente, the most gripping of the set.

All the pieces were composed by Raya, who spoke through the Embassy of Spain Deputy Head of Mission Carmen Rives Ruiz - Tapiador. The show is a summary of his musical career over the years. He explained that he got his inspiration from his surroundings. For example, when he was on the beach, he got the melody for the piece Tangos de Grana.

Minister of culture, gender, entertainment and sport, Olivia Grange, was among the patrons and told The Gleaner, "I thoroughly enjoyed the evening."