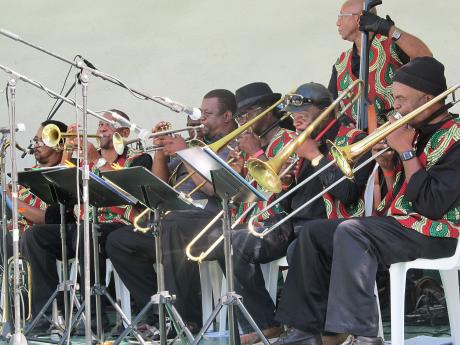 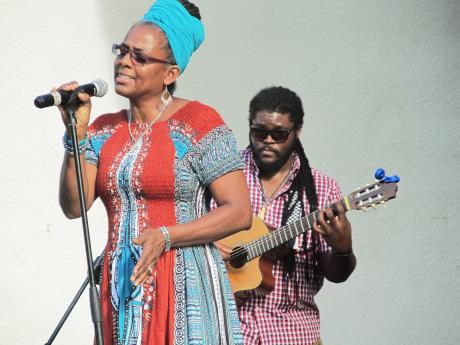 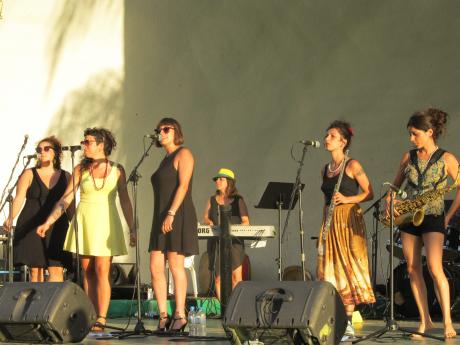 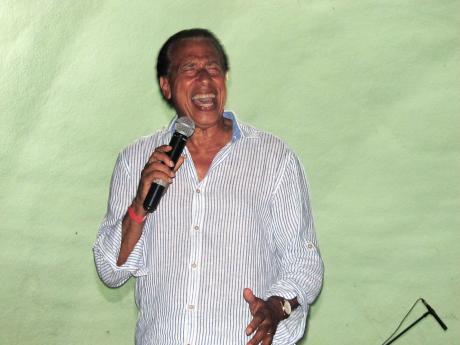 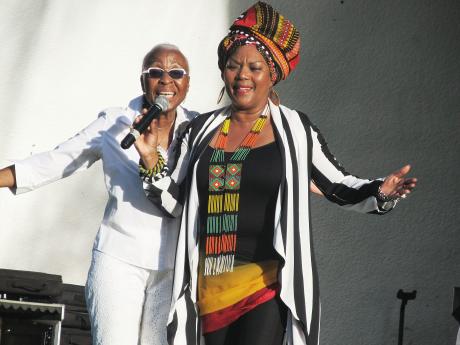 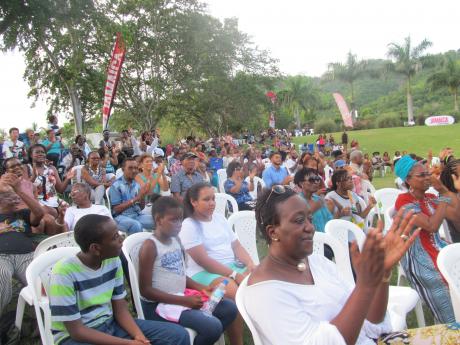 Against the backdrop of lush green flora complemented by a clear blue sky, the curtains of the 27th staging of the International Jamaica Ocho Rios Jazz Festival came down with an amazing display of high-quality musical acts.

The acts, spanning the globe, presented sets matched only by their energetic performance and variety of musical instruments.

When closing act Tony Gregory made his entrance to the stage, the shadows of the evening had fallen and the wily moon was looking down. But the veteran performer was not perturbed. He instead made the request to Fly Me to the Moon. He also took the then diminishing audience back in time with Somewhere over the Rainbow and had them dancing to the popular Gypsy Girl. And he also used the opportunity to applaud the organisers of the festival for the "wonderful setting" and "big up the Italian group".

And indeed, the group was worthy of the praise. The nine-member, all-female band gave a display of Jamaica's music from mento, and ska to rocksteady.

After a brief "beautiful to be here", the lead vocalists with two back-up singers had the audience singing to You Don't Care for Me at All. They were just as winning with Love an Affection and with their instrumental tribute to Tommy McCowan.

They later told The Gleaner of their love for old school Jamaican music and how very emotional and exciting it was to perform in Jamaica.

Klaasen was delightful, too. Her stint was coloured with excitement and humour and a showing of her linguistic ability, singing in English, French Zulu and Shosa. Her showmanship came as she entered singing "hello", instead of speaking it. She paid tribute to her mother with three of her jazz songs, including All of Me and did an impromptu performance with Myrna Hague. Together, they sang Only Love Set You Free, Hague in English and Klaasen in French.

Jamaica's Marjorie Kay, also made a significant contribution to the classy live-music showcase with songs such as Stevie Wonder's Vision and the classical jazz piece, Bird Land. Likewise, the Big Band gave a fitting treat, ending their set with, Rucumbine.