No debt in death - Grange upset at lack of financial preparation 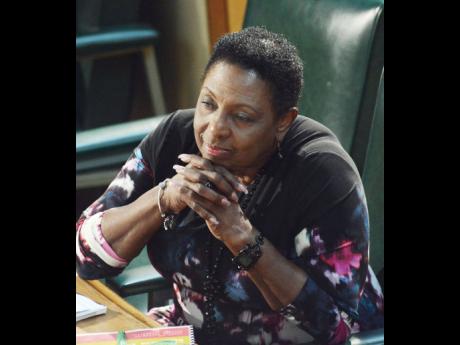 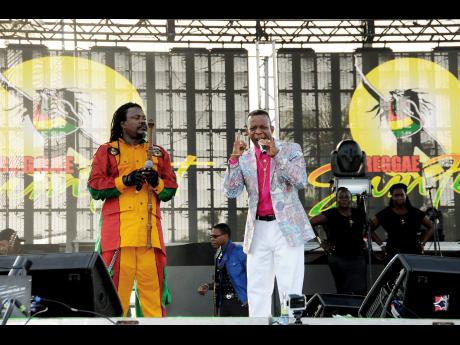 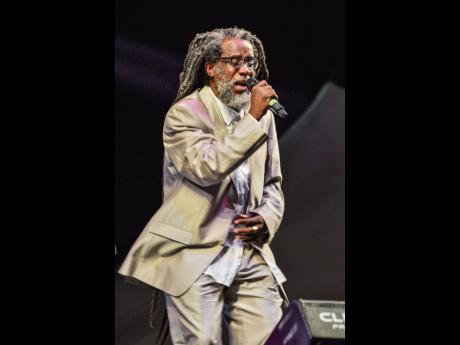 At Saturday's of thanksgiving for singer Paul 'Frankie Paul' Blake, Minister of Culture, Entertainment, Sport and Gender Affairs Olvia Grange was at one point hopping mad.

"A farewell service is the celebration of an artiste, the life of a musician or writer or composer. But in most instances it's not that I am sad about the passing of a great artistes but it is sad that individually their lives are so disorganised. I do not want to come back to another service and say get your act together." She told the musicians in particular and the congregation in general at the Olson Memorial Church of God, Hope Road, St Andrew,

She further implored artistes to plan ahead for their inevitable departure and out aside some money each time they work. Grange also had some words for the family members of some deceased artistes. She said they should stop asking for money and instead press their relatives to organise themselves and not leave financial problems when they go.

Singers Luciano and Half Pint, as well as producer Steve Martin agreed with the minister.

Luciano told The Gleaner that he has two insurance policies and implied that he has some investments. "Many of the artistes have been through misfortunes and many of us do not get proper management. Sometimes family members do not give support, or sometimes, you do not have the support team," he said.

"Without the support team, you cannot make it." He continued, "Even Usain Bolt needs a support team behind him. Without his coach, he could not have made it today. So that is one of the things that you have to keep in consideration. The Government can do more to help people who have helped to build this country, or even put in place a culture council," he said.

Along with praising the minister for her "Nanny or Mammy" attitude towards the artistes, Half Pint said, "I have seen [when] many artistes die there is problem. Even Eddie Fitzroy had some problem. Sometimes we need people to assist we as we give weh more than we save. Everybody has so much great expectation from us. Some of us do as much, and some of overdo and do not know when to say no. Ms Grange is right; we need to get our act together."

He, too, is "taking care of myself. I am not sounding braggadocious. I make sure I save one and two. I have an insurance policy going on, which if ever I should fall, I know my son will get the return and bury me."

Martin said he has also put final plans in place for himself.