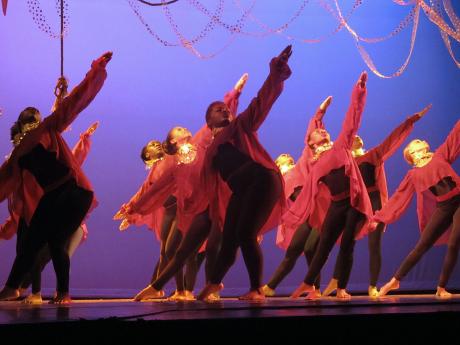 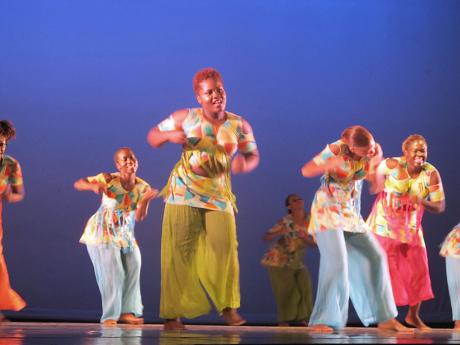 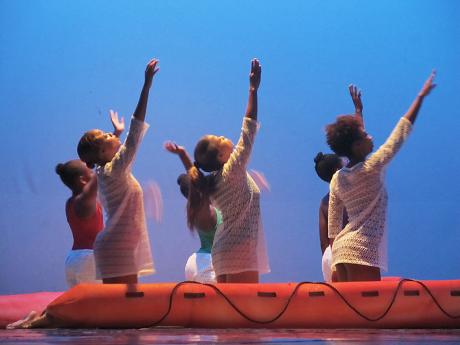 For approximately two hours, all eyes were glued to the stage at the Little Theatre on Tom Redcam Avenue.

The focus of attention was the effective use of lighting, colourful costumes, spectacular set brought to life by dancers of diverse age groups. In essence, they were hooked on the creativity of four choreographers.

It all unfolded on Sunday at the second and final show of Deh Jah Dance Theatre's eighth season of dance. The choreographers were Ghana Samuda, Danielle Hammond, Racquel Bragg and Orrette Beckford. Beckford's Opus was the first of 11 dances on the programme.

Opus was a montage of spectacle. It is divided into three movements, thus allowing the dancers to perform in groups of different sizes. They were clinical in their execution of each step and stretch. But it was Beckford's use of their bodies to explore space and levels, complemented by constant changes in formations, that held the eager eyes captive.

The art in motion was further enhanced by red and black costumes designed by Souad Lawrence, as well as a predominant wash of red lights alternating with shadows. Not to be outdone, and from the vantage point, hanging above centre stage, were beads and strips of fabric reacting to the changing mood of the lights.

However, the memorable dances of the show were Get Back Up Again and Women and Children First. Both were choreographed by Hammond. Each will be remembered for different reasons.

The latter, a dance drama, appeared in the second half of the programme. It depicts three families, comprised of mothers and their young daughters, on a cruise ship. The ship encounters problems. The families are placed on a life boat and subsequently rescued from their perils.

Also adding to the attraction on stage was Kadeem Leslie on cello. He treated the audience to classical and reggae music in two appearances. While Samuda's African-influenced Dans!, choreographed in 2014, closed the first half, the entertaining programme came to an end with All Night, choreographed by Bragg and performed by the company.