Inmates challenged to 'dream the impossible' 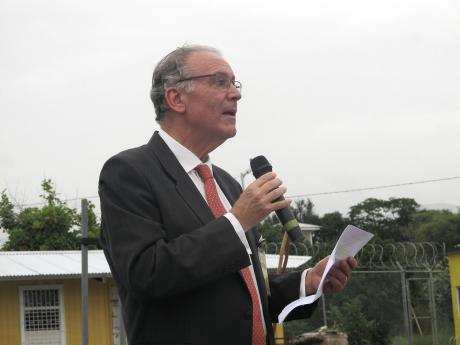 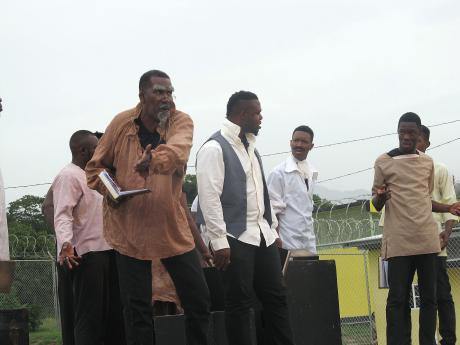 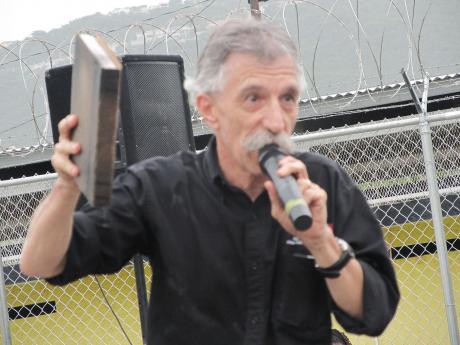 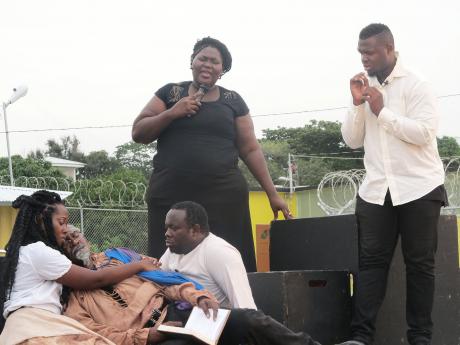 Marcia Rowe
The powerful closing of 'Cervantes in Prison' by the talented cast. 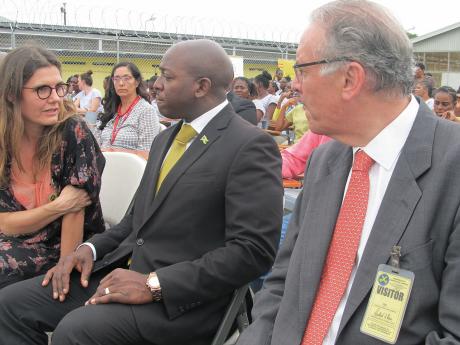 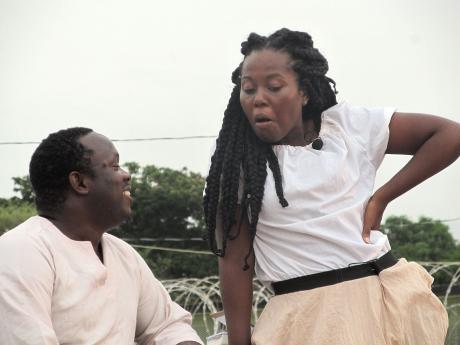 Langston Hughes asked in one of his poems, what happens to a dream deferred? Does it dry up like a raisin in the sun? If you are an inmate at a correctional institution, the answer may be yes.

Perhaps that is why at the marking of the 400th anniversary of Spanish author Miguel de Cervantes in 2016, Carmen Rives, chargÈ d'affaires, Embassy of Spain, told the audience that her dream was to take the play to prisons. That dream recently became a reality.

The embassy in partnership with Edna Manley College (EMC), Stand Up For Jamaica, The Spanish-Jamaica Foundation and the Ministry of National Security, staged the retiled play, Cervantes in Prison, for inmates of the St Catherine and South Camp adult correctional centres.

They were not only treated to a fine stage reading of the play, but felt empowered by the message, 'dream the impossible dream'.

"We have learnt something. Because for many of us in here, our dreams are cast off as dead. But this play has taught me that my imagination can take me places beyond these fences. And so I want to say to you guys, don't just look at the fences, look at what's beyond the fences. Our dream can be a reality," said the inmate chosen to thank the organisers.

The play was performed to both groups recently. The first staging was at the St Catherine facility, and the second and feature presentation, at the South Camp Road-based institution, on the multipurpose outdoor games court.

Like the venue for the production, the play (as the title suggests) is set in a prison. On his first day in prison, Cervantes is given a mock trial by his fellow prisoners. In defence of his profession as a writer, he tells his hardened inmates that "no jail can hold my imagination". He then illustrates it by assuming the role as the insane Don Quixote and had them join him on an imaginary adventure, laced with a litany of emotions.

When the cast, led by Michael Nicholson and comprised of students and other graduates of the School of Drama, ended their stunning performance, the audience gave a rousing applause.

"I like it very much because the idea is to give hope; to know that there is always a second opportunity, and that the power of the imagination and the will to overcome difficulties is always stronger than the challenges," the ambassador told The Gleaner.

Stone thought it was a very interesting play and said, "It forces them (the inmates) to think, and to not only think about barriers, but to turn barriers into opportunities. If we are going to change behaviour, we have to change thought, because it is the thought process that drives behaviour and action."

Cervantes in Prison was directed by Pierre Lemaire School of Drama. He said producing the play for the incarcerated was a nice challenge, "And now we are going to expand it by doing regular drama workshops at the various institutions as was done by Dennis Scott in the past."