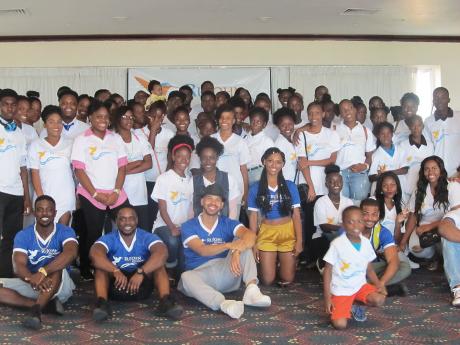 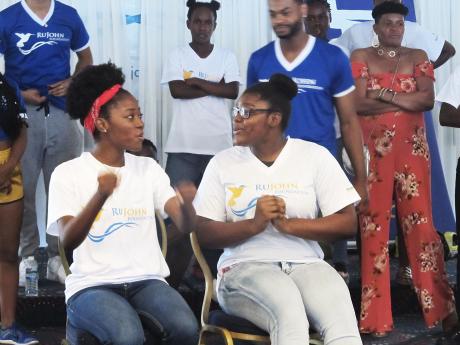 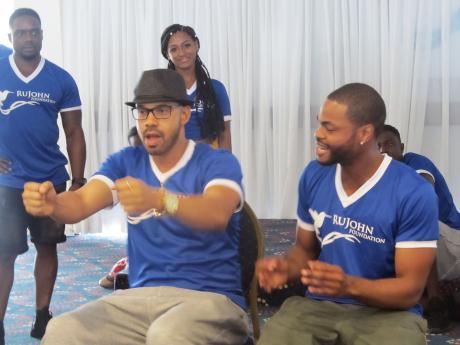 It was an elevator ride filled with hope. The occupants were from a number of high schools - participants of the RuJohn Foundation annual Celebrity Acting, Singing and Empowerment Workshop.

On the 17th floor of The Jamaica Pegasus hotel, New Kingston, the students were met by some of Hollywood's celebrities: Andrew Bachelor, Alphacat, Lance Gross, Klarigy, and the lone, female, Janina.

Led by Bachelor, the team took the young aspirants through a series of acting exercises before concluding the approximately two-hour session with a question-and-answer section. And at the end, the young participants had high praises for the presenters.

Theatre Arts student of Ocho Rios High School, Zedon Carter, who wants to pursue a career in acting, said "It (the workshop) was amazing." Due to the engaging structure of the session, she was allowed to "experience" learning. "This just boosts my confidence. I can actually get a career in acting once I have confidence," she added.

Her theatre arts teacher, Dwania Duhaney, was glad that she brought her students to the workshop.

"There are many talented students who only need the confidence boost. By attending the workshop, they learn from professional actors and let them hear their views. We are happy that we came today, we learnt a lot, especially in the improvisation session. And it was good to see the students taking part, meeting new people and socialising with other young people."

It was in the Q&A section that Immaculate High School student Rachel Silvera gleaned the most information. In addition to other information, she learnt "how to overcome stuff that might come up in the industry".

The RuJohn Foundation was launched in 2003 to honour the memories of Christina and Andrew Bachelor's Jamaican grandparents - Ruth and John Tulloch.

Christina who is the president of the foundation, told The Gleaner, that the number of students registering for the workshop has grown. This year saw over 900 students registered, a far cry from the 20 to 30 when they first started.

Along with acting, there were music and creativity workshops - the creativity session designed for "kids who are between the ages of four and 12".

While Andrew, CEO of the foundation and the lead coach for the acting workshop, said, "The students were great. A lot of them like to dive in. And they are not afraid, from what I saw. They are very outspoken, and that is a good characteristic to have in the acting industry. You have to be a go-getter, and I saw a lot of that today."