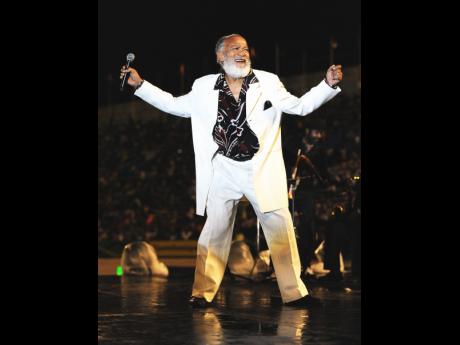 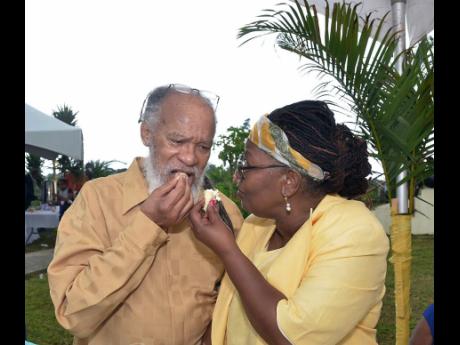 At a recent media launch for his upcoming concert - Ernie Smith Celebrates 50 - the Jamaican musical pioneer spoke of his high and low moments of his musical career.

But first, The Gleaner wanted to know why he has decided to assist the Jamaica Association of Vintage Artistes and Affiliates (JAVAA), by paying the annual insurance fees for five of its members.

"There are so many people my age who have done their part for the music, and through one circumstance or another, have now fallen on hard times. They are sick and indigent and cannot even bury themselves, and the family can't," Smith explained.

And Janet, his wife, continued, "So we have decided to contribute to their insurance. Five people for one year and we will renew it every year for as long as we can."

Janet and Ernie, speaking interchangeably, said they do not blame these artistes, as Jamaicans never knew too much about copyright, "and for a lot of them, even though their songs made a lot of money, they did not make any".

"And it really feels good to give back," Ernie added. The contribution is called The Ernie Smith JAVAA Indigent Insurance Fund.

On the matter of the most exciting moment in his life, there was only one.

With his arms wrapped around Janet, Ernie said, "Well, the most exciting moment of my life is getting back in touch with Janet." Both attended the same school, but eventually went their separate ways. They reunited 25 years ago, "and it has been magic ever since," Ernie said.

So which of his over 200 songs was written for the love of his life?

Neither could remember, but Janet believed that all the songs, except a few, are hers.

"All the songs are mine. I don't care where they are from, except the ones that criticised women, for instance, I am not Elsada," she said to their merriment.

And with the very popular Duppy or Gunman playing in the background, Smith got choked up in expressing his most challenging moment in his 50-year musical career. And so Janet replied: "It has to be when he had to leave Jamaica after the power and the Glory. She began in parable. "As we fight one another for the power and the Glory, the Kingdom goes to waste. We thought it was political, and he does not like to talk about it. But it affected his career, because when he went to a foreign place with a foreign audience, nobody knew him, and therefore, he had to sing for his supper."

Her response was endorsed by Ernie, "Good answer," he said before explaining how he overcame the challenge. He practically had to reintroduce himself, "day by day, I just kept going until everybody liked me again".