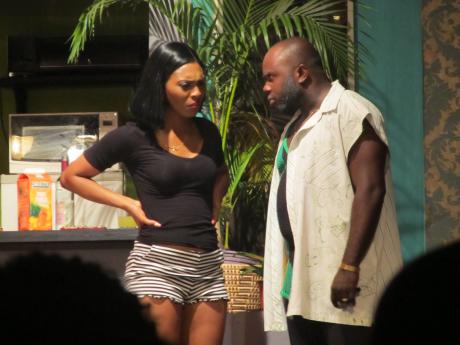 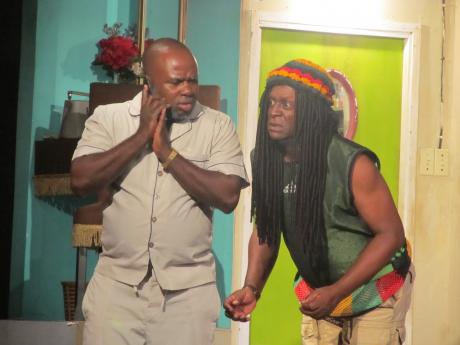 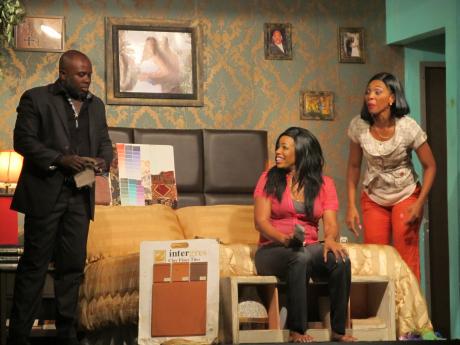 Infidelity can be traced back to the biblical days of King David, and for many years, such relationships have remained a secret. But with the creation of the wide world web, all that can change in an instant.

The web's allows for anonymity. Its tentacles stretch around the globe. And so, the lonely and isolated, now have a listening ear while remaining anonymous.

It is from this angle and background, that Patrick Brown has crafted a very hilarious and engaging comedy, Matey Chronicles, seen over the weekend at the Centerstage theatre in New Kingston.

Lola, (Sakina Deer) feels trapped and isolated in her two year-old relationship with an older and married, Isaiah Jakes (Courtney Wilson). She turns to social media as her outlet. And after months of exposing in details her absorbing affair, she gathers a strong and steady stream of likes. In contemplating to end the relationship the fans suggested that Isaiah who is in love with both Lola and wife, Mini, (Sharee Elise) should decide on which who should stay with him. Lola accepts the suggestion and embarks on a creative way to have Isaiah do so.

In typical Brown style, the story is simple and develops at a slow pace, only to accelerate towards the end, pulling the audience along. But to have an audience laughing from the first few lines of the play with some considerations at intervals, to have them catch their breath, is worthy of mention.

In tune with characters

It was also a strong showing of amazing timing and excellent articulation by the four actors - Deer, Elise, Wilson and Glen Campbell. They were fully in tune with their characters and made them quite believable.

Wilson illustrated the sublime Isaiah with much aplomb. Deer has steadily grown into an impressive actress. From her bland expression to her state of drunkenness, she played a strong and determined Lola. So it was for Campbell and Elise. Elise's presentation of Mini - the typical in-the-dark wife - came across with conviction. While Campbell played Ras Punell, the gardener and sidekick for Isaiah as well as the conduit for most of the laugh lines with consistency.

In true Jambiz fashion, the set was elaborate and established with clarity, the status of the characters. Ras Punell's small apartment, contrasted with that of Lola's and the master bedroom of Isaiah and Mini. Brown and co-director Trevor Nairne, were the designers. Their choice of colours for set, as well as costumes, also reflected the characters' personalities quite well.

Overall, Matey Chronicles is one that is well worth seeing.