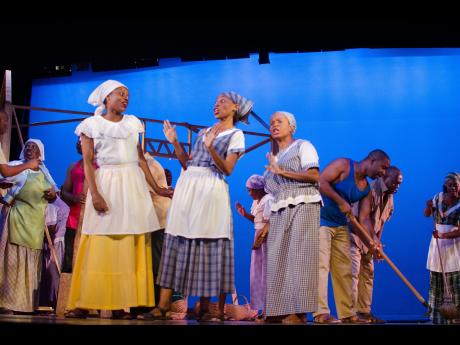 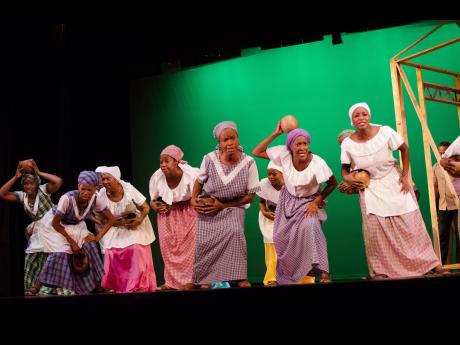 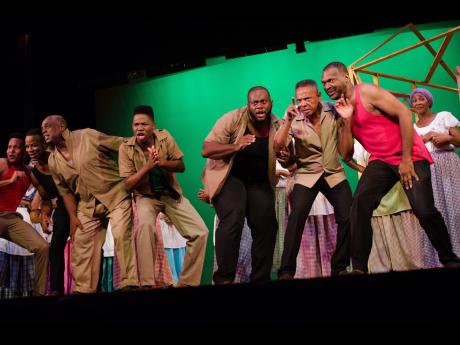 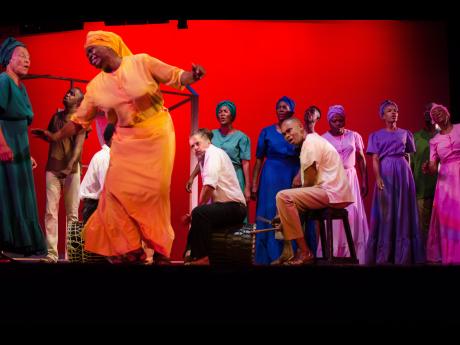 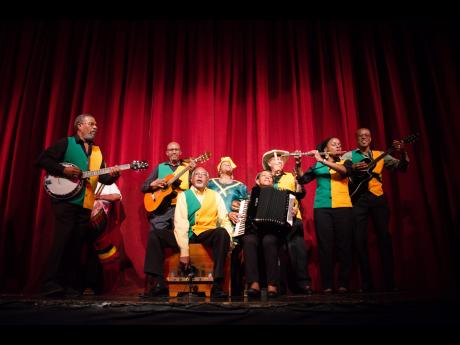 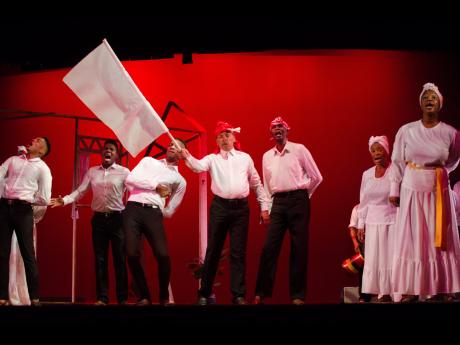 The dynamism of the Jamaican Folk Singers was on full display over the weekend. From their rich repertoire, they presented a wide cross section of songs that provided more than just entertainment. It was a canvas painted with fine vocals,

controlled movements, appropriate costumes and wonderful use of set and props. And those who braved the weather to attend the concert, showed their appreciation with strong applause.

Sunday's show was the third and final of three held at the Little Theatre, Tom Redcam Avenue. The theme was, 'Celebrate the Journey, The Jamaican Folk Singers 50th Anniversary Concert'. Musical director was Christine MacDonald-Nevers; set and lighting were designed by Franklyn 'Chappy' St Juste; while Paula Shaw was credited for choreography. Their combined effort added to the fine show.

The programme was divided into six sets, each telling its own story. The first, titled 'Work', began with one of the Folk Singers' familiar song, Mi Cafi, and was followed by the demonstrative Pull Away. To the latter, the male vocalists literally removed the house frame set from stage right to left (it was to be moved a number of times after). These various placements of the set complimented Shaw's many stage patterns. For each song, the movements intensified its humour or seriousness.

Frivolity was replaced by somberness in the set,'In Memoriam'. This was also dedicated to the late founding member, Dr Olive Lewin. A nice blend of the familiar, such as Fi Me Love and My Company, held the audience's interest.

Two of Jamaica's cultural forms, Kumina and Revival, were the focus in three and six. Adorned in the relevant costumes, the mixed-age group of singers were fantastic in the delivery of the songs while making some stylised dance steps. Guinea War and Sow Me Gungo, were performed in the Kumina motif, while in Revival, the group gave a sterling delivery of songs such as Thickie and Thorn, and Daniel Saw/Key Man Medley.

But it was in sets four and five that history and contemporary came to light. Set five the liveliest of all dubbed, Let's Get Together, not only showcased the versatility of the groups, but traced the history of music through genres like folk, ska, reggae and dancehall. The songs included Missa Bilban, Dancehall Mix, and Pull up the Vibes.

MacDonald-Nevers explained, "We were just touching on a little music through the ages; and to show that everything is really all connected and some of the rhythms are all intertwined, even though they are distinct, they are connected."

But the most memorable segment was 'Rememberin'. In this aptly titled section, each song was preceded by a wealth of information told by a narrator seated down stage right. Slaves working in broiler houses on sugar plantations kept in touch through songs, she said, before the singers rendered, Fireman.

The song, Shayni, was brought to Jamaica by the Nigerian slaves and Pee Kee, was an Arawak love song. The lesson ended with the Bruckin' song, Jubalee.