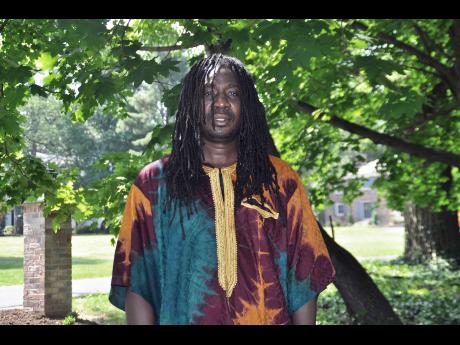 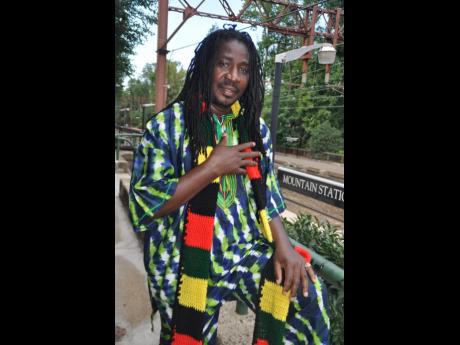 New Jersey-based reggae artiste Jah Jah Yute is smiling from ear to ear because a track from his latest album has ended up on the upcoming TBS television series The Last O.G.

The first season of The Last O.G. premiers on October 24. It was filmed in Brooklyn, New York, and in the series, Tracy Morgan is a newly released prisoner who is shocked to see just how much the world has changed since he's been locked up for 15 years. When he returns to his newly gentrified Brooklyn neighbourhood, Tracy discovers that his ex-girlfriend has married a successful white professional who is helping to raise his twin sons who he never knew existed.

Jah Jah Yute, whose real name is Steadman Shearer, is from Hanover, Jamaica, and he's not the typical reggae artiste.

His record sales are bigger than most A-list reggae artistes because he travels around in a truck each week, selling his albums in flea markets and outdoor retail outlets, where he is able to attract and boost sales by performing live with only a boom box and a microphone.

Some weeks, Jah Jah Yute is able to move over 500 units of his seven albums to date purely on the strength of his guerrilla street tactics without the support of a record label or a powerful promotional machine. He describes his music as roots reggae, with a focus on the themes of struggle, hardships, survival, empowerment through love, and world peace.

"I am thrilled that a song from my latest 17-track album has been able to attract this level of attention from a TV series," Jah Jah Yute told The Gleaner. "Apart from earning from the licensing agreement with Turner, the placement of Rough Life, on this upcoming show, will broaden the exposure and the reach of my music, something I value greatly," he added.

The reggae track, Rough Life, will be used in a scene where one of the lead actors is being rebuked for wanting to spend the proceeds from a new designer drug, lemon drops, on clothes and jewellery instead of helping a homeless shelter in Brooklyn stay open.

The Last O.G. is Tracy Morgan's first major role since his 2014 motor vehicle accident which left him badly hurt and which took the life of his friend and mentor, James McNair.