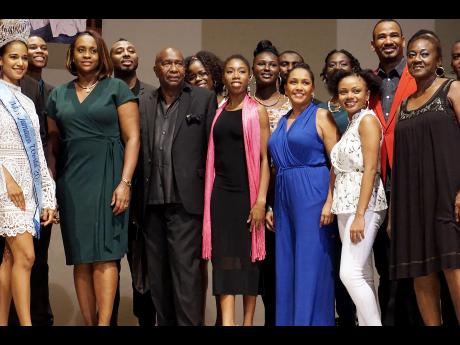 With the dawning of a new year, a new era awaits the National Dance Theatre Company (NDTC). One of its long-standing members, principal dancer and more recently the artistic director, Barry Moncrieffe, will retire at the end of this month.

Last Wednesday, at Moncrieffe's last officiating event as NDTC's artistic director, he spoke with The Gleaner about what he would miss the most when he retired, and more.

"Remember, 55 is a long time. So I have worked with a lot of people. And I am going to miss them - they are like my second family," he said.

The talented dancer joined the NDTC in 1962. He was very shy. But over time, through dancing, he got over his shyness, somewhat. He recounted that his growth in confidence began when choreographer and founding member of NDTC, Bert Rose, cast him in the dance Switch, a story about Annie Palmer.

"You had to act and dance. It really helped me as a performer," he recalled.

That led to him being cast as the lead dancer in the The Crossing, (his favourite piece of work) choreographed by another founding member, and then NDTC artistic director, Rex Nettleford.

"I was not a hard taskmaster as a director," he said. "Some people thought I was not hard enough. But that's not me. I am a very quiet and shy person. When Rex passed it [the position of artistic director] was thrust upon me, and you had to do what you had to do. Just form a good team."

While not ready to say who will take over the position of artistic director, he was willing to share, "we have a good team, and they work well together most of the time. But as Rex would say, it will always come out with wash, in the long the run."

He believed that, "55 years is a long time, it [NDTC] will never die. There will be changes, because that's how the world is. You have to let go and let the younger ones take over. I have no problem with that. I love to see when the young people take over."