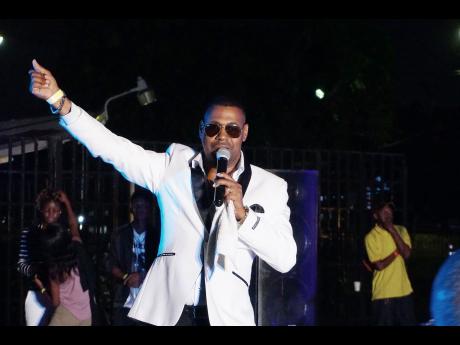 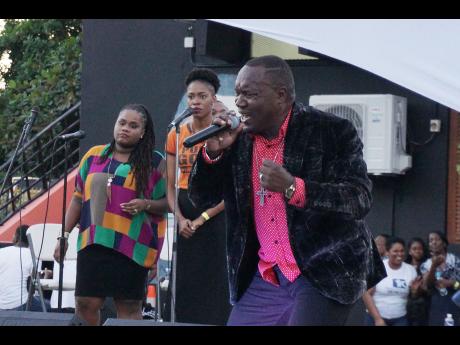 Marcia Rowe
Lubert Levy and his back up vocalists in performance 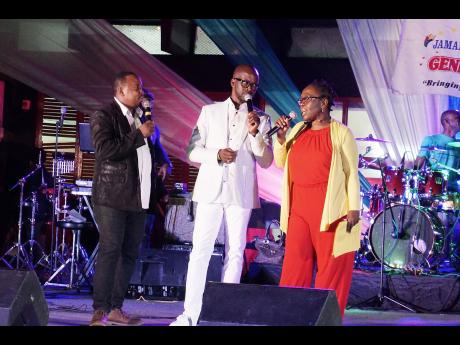 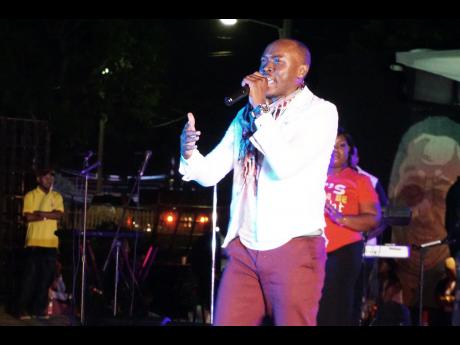 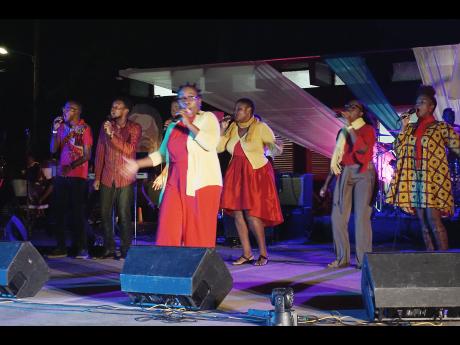 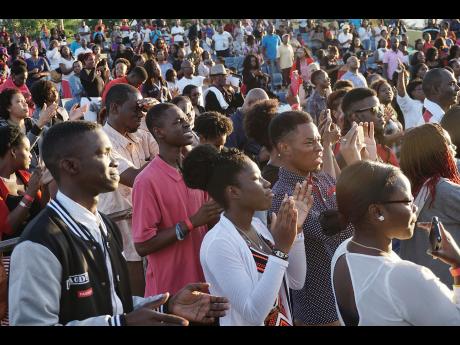 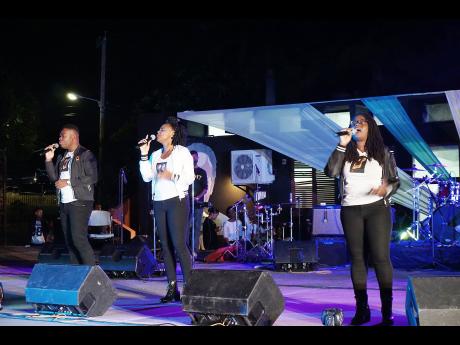 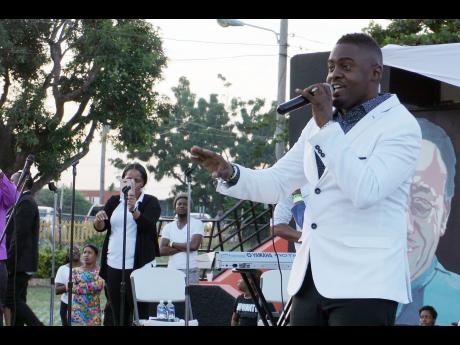 Jermaine Edwards, as the curtain closer for Christendom's popular annual concert Genesis, was a calculated move by the organisers, Jamaica Youth for Christ (JYC).

At 7 a.m., several hours after the scheduled starting time, Edwards made his entrance to the stage to a relatively large audience, ministering in song and more.

Dubbed as the first concert of the year, Genesis 2018 returned to Jamaica's capital city on Monday at the Ranny Williams Entertainment Centre, Hope Road.

The popular gospel show allowed Christians and non-Christians a space to continue the celebration of a new Year after their respective watchnight services. The 2018 version was no different.

In large numbers from as far as Manchester, the followers converged on the venue to receive and hear testimonies in spoken words and songs from some of Jamaica's established gospel artistes. The list included DJ Nicholas, URIM7, Perpetual Praise, Goddy Goddy, Kevin Downswell, Lubert Levy, and many more.

From all accounts, patrons were fully entertained and blessed. Dancing up physical and mental storms evoked by songs such as If It's Not You and He's All Over Me from Downswell and the 10-year-old Chai-Chakka-Chai from Goddy-Goddy.

The gospel fiesta continued with Lubert Levy's 6:26 a.m. entrance. His set included Tek it By Force, a medley of revival beats in Roll Jordon Roll, ending with some well-loved oldies that included Fly Away.

After the final band change that allowed Markland Edwards (one of three emcees; the others being Nadine Blair and Omar Letman) another opportunity to whip up more jokes, Jermaine Edwards made his appearance.

The bright rays of the steadily rising early-morning sun seemed to have given energy to the minister and his congregation, who embraced his every word.

He started by declaring, "Mi na bow to no Satan," before speaking on the importance of impacting one's community.

He next addressed friendship.

He continued: "Nothing wrong with being around people who you can encourage, but sometimes in life, you need people to help you grow." And he followed up with the slow-tempo song, Don't Count Me Out.

His holistic message also included nutrition. Watch what you eat, he further advised, before ending his very engaging and powerful ministry with the more up-tempo, It's A

Among those who arrived before 1 a.m., and stayed to the end of Genesis was St Andrew High school student Shavouya Carson.

She was not disappointed.

And the organisers who made the decision to change the concert venue, and are celebrating the 70th anniversary of JYC, were "excited about what God has been doing in the ministry," Rev Dexter Johnson, national director, told The Gleaner.

And they should, Genesis 2018 was truly enjoyable.