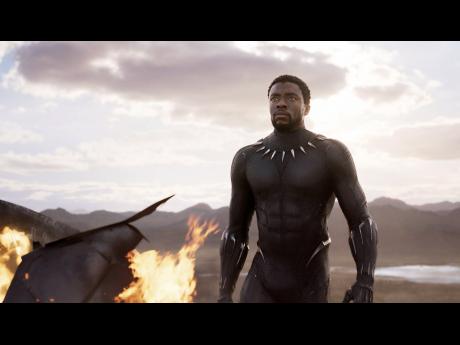 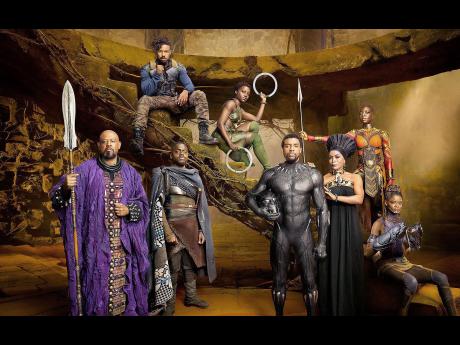 Contributed
Some of the 'Black Panther' cast. 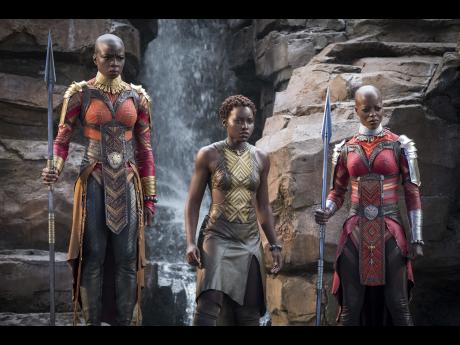 The Marvel Universe has shown us many unbelievable things. The Norse God of thunder? Real. Robots that can walk through walls? They've envisioned it. A talking raccoon guarding the galaxy? Make it so. They've even shown us the realm of magic. However, if you thought the world was finished growing, the franchise is about to expand even further with its latest film, Black Panther.

At the centre of it all is not the Black Panther himself, but rather his home, Wakanda. The country is a rich and vibrant world all on its own. It's also fully realised. Wakanda feels more lived in than Asgard has in three Thor films. The set and costume design in this film do a tremendous job of giving the environment and its inhabitants a history. You feel as though every striking fabric has a purpose.

That level of immersion goes a long way in making Black Panther a great film. It makes it easier to swallow when the movie goes to some complex and emotional places. For an action movie, it takes on concepts that are often shied away from in the films typically nominated for Academy Awards.

The movie will have you not just engaged, but deeply invested. T'Challa's plight becomes that of the audience. It is fitting, considering much of the audience is seeing themselves on the big screen in a way they never have before, as kings, heroines, and brimming with intelligence, charm and oozing with intense and well-thought-out character development. In fact, the only characters lacking development are those not from Wakanda which, I have to hope, was intentional.

Normally, for a comic book movie you hope for a few things. You hope it's well balanced, with good action, and maybe makes you want to see it at least a second time. Black Panther supersedes all that, and delivers perhaps the best superhero film of the decade. I'll put it this way; when leaving Black Panther any excitement I had for Avengers: Infinity War dissipated. I only wanted to know when I was going to experience Black Panther again.