Veterans stay close to the heart of reggae 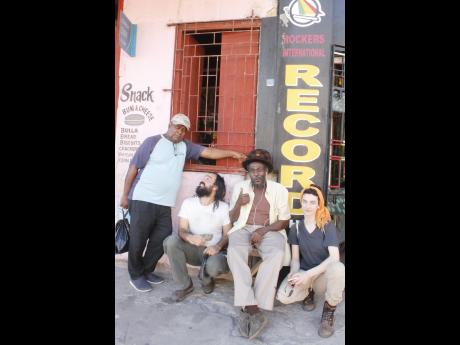 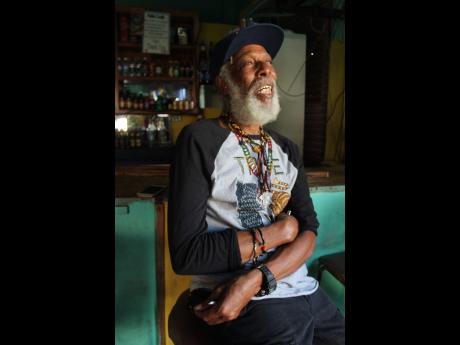 "Forgotten but not gone," is how veteran producer Trevor 'Leggo Beast' Douglas has described Orange Street - a historical location of Jamaica's music that dub, roots reggae, ska and rocksteady artistes, such as the iconic Prince Buster, always promoted in their music.

Unlike many entertainers of his time, Prince Buster was born on Orange Street, left a couple of times, but always ended up back on the block. In Prince Buster's own words, "Orange Street is the music street, and that's the street that sells the beat," which he said in the 1960s track, Earthquake. He also celebrated Orange Street as 'Beat Street' in many of his productions. Prince Buster became the 'Voice of the People' (a title given to him by a resident known as 'Seven Toe'), which ended up being the name of the sound.

"All the singers them used to hang out at Prince Buster's, going up and down Beat Street to his record shop at 127," Leggo says. And "as a youth growing up, I used to pass singers like Derrick Morgan, Monty Morris and Dennis Brown, who also used to hang out at DB yard, too."

It was natural for youth like Leggo at the time to aspire to follow in the footsteps. He, along with colleague Gregory Isaacs, eventually established the Cash & Carry Record Shop beside Prince Buster's Record Shop, which is still the location of Leggo's recording studio.

In addition to Leggo, James 'Jimmy Solo' Howard, owner of the 50-year-old sound system, Shanghai Solophonic, as well as influential musicians, Big Youth, Errol 'Flabba' Holt and Prince Alla, are some of the few who have stayed close to the heart of their careers - the heart of reggae.

For Jimmy Solo, having acquired various premises in the area, remaining close is a need and a want.

"I used to have a bar on Orange Street but during the 1980s, because of violence, I had to leave Rose Lane and was able to acquire premises on Orange Street. Here, it is always musical vibe, even now; although not much music on the street, you still have artistes come by," Jimmy Solo said.

Presently, not many street dances are held there, but a few intimate old hits sessions. Fridays and Saturdays, Jimmy Solo will pull out the sound, "not the big boxes," he says, and few persons will attend.

Prince Alla told The Gleaner, "Entertainers, musicians of past and present are always here. Rockers International is here and it is just good energy all the time, even with less record shops, studios and dances, people always find their way to the heartbeat."

Big Youth says, "I will sit down here until 3 a.m. sometimes. Town is the golden triangle or better yet, the diamond triangle. The whole of Kingston (because I don't even like say downtown) from Matthews Lane, Luke Lane, King Street to places like Forrester's Hall and Jubilee, where dances used to keep, and Beat Street, is the centre with a lack of development, but lots of great men."

For these artistes who we now call 'veterans', it did not matter if an aspiring artiste in the 1960s-1990s grew up on the Beat Street, in downtown or travelled from another parish, because it always had the distinct identity as the home of reggae, and home is where the heart beats.