Gene Pearson, a man of the soil remembered 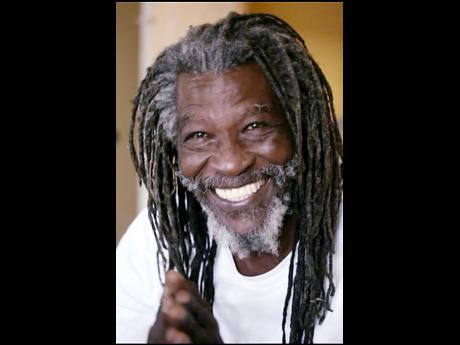 Contributed
Gene Pearson, ceramicist and sculptor, who is renowned for his Afro-Centric Nubian heads.died yesterday afternoon at the University Hospital of the West Indies. He was transferred there from the Medical Associates Hospital yesterday. Pearson, who was bestowed National Honours a few years ago, died within a day of the death of his wife, Jacqueline Hussey-Pearson. In paying tribute Culture Minister Livia Grange said Pearson made a significant contribution to Jamaican art. "He was exceptional and his passing represents a great loss," she said.The couple had a son.

Renowned sculptor and ceramic artist, Gene Pearson, may be dead, but his legacy lives on.

As the country comes to grips with the loss of one of the greatest artists to come out of Jamaica, some of those who have crossed paths with the late Pearson, reflect on his life and works, as well as the man he was outside of the studio.

Janice Allen, tourism consultant and former director of the Jamaica Tourist Board, described Pearson's passing as a great loss for the country. She said having met Pearson in 2016 and being completely taken aback by not just his talent but his dedication to his work, she knows he left his mark on Jamaica and the world.

"We lost a true giant and he has left his mark; a mark only he could have created. His work represented Jamaica and Jamaican talent and he ought to be celebrated," she said. "His talent was phenomenal, I can't even find words to describe his talent and it reached far and wide. What struck me most about Gene Pearson, other than his great work and talent, was his personality. A more infectious personality and smile I've never come across. He endeared many people to him because of the person he was and that was of course reflected in his work."

Allen expressed that those who have pieces from his unique body of work, are to consider themselves blessed, as they now own a piece of Pearson and will always have him close.

"Those who have one of his pieces in their possession can look at it now and say they have a piece that was touched, created by him with his hand, is something truly special," she said pointing out that Pearson put a little bit of himself in every piece he did. "He did everything with his whole heart... that's why so many people were drawn to his work. He did it with so much passion and joy and a pleasing personality, and to me; that is the epitome of any lesson that he could leave us with."

Filmmaker and close friend, Lennie Little-White, shared similar sentiments. Little-White remembered Pearson as a true patriot, pointing out that despite his many travels, the artist remained dedicated to the land of his birth.

"He had fierce commitment to Jamaica and the Jamaican people. He used to work a lot in California, but he'd always come back to Jamaica for inspiration. He had his feet firmly planted in Jamaica, so much so that I called him 'a son of the soil', and he was that in every sense of the word.

Little-White went on to say that outside of his work, Pearson was an exemplary human being, one who was so impactful yet so humble.

"He was a very private person. He's not the one who would draw attention to himself, his work was what spoke for him. He was very humble, very private, but at the same time very intense," he said. "For me, his biggest legacy is the fact that he created a unique form in the work that he did which will forever be an image that no one will ever replicate. Just like how you have a person who will try to sing like Bob Marley or Peter Tosh, but will never be them, that's how I see Pearson and the level of his creativity. His work will stand the test of time in the same way Bob Marley's did or Usain Bolt."

Pearson, whose works are mostly inspired by the arts of ancient Nubia, Benin and the Rastafarian culture, reportedly suffered a massive heart attack.

Culture Minister Olivia Grange, in a statement following his death, described Pearson as 'exceptional' and dubbed his passing, 'a great loss'.