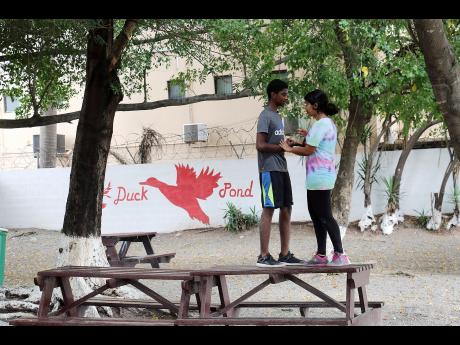 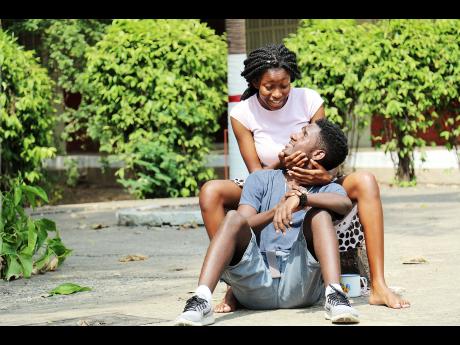 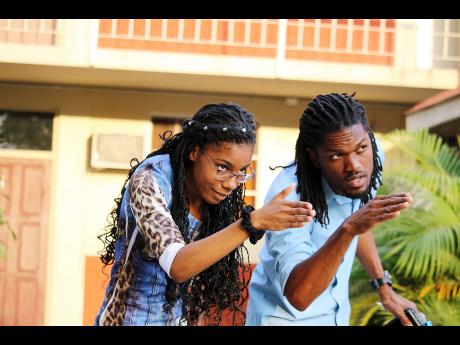 Regulars at Courtyard Theatre, held annually at Campion College, Old Hope Road, St Andrew, are accustomed to moving around to see the theatrical productions staged and, in the main, directed by students. For this year's sixth staging on Saturday, March 24, they will be asked to move around a little bit more, as Courtyard Theatre expands its physical and artistic reach.

Drama teacher at Campion, Damion Radcliffe, told The Gleaner, that this year there will be four presentations for Courtyard Theatre. An abridged version of William Skakespeare's A Midsummer Night's Dream, will be staged in an area known as 'Duck Pond', which has several trees as, Radcliffe pointed out "much of the play takes place in the forest".

The audience will then move to Omaall 'Maja Bless' Wright's jonkunnu-themed love story, set in the brutality of slavery Belly Woman (the extended version of which has just been staged at the Edna Manley College of the Visual and Performing Arts) in the green space in front of a classroom block. The final movement is to The Seance - a comedy by George Greaves set in Trinidad - in the school's actual courtyard.

Making for a fusion of the performing arts is the closing 'Live and Direct', a concert featuring a mix of students, parents and guests, including Maja Bless, who carries his poetic skills to the Belly Woman script and singer Sevana. In utilising Campion's grounds, Radcliffe said, "I think it complements the plays. The campus sometimes does not feel like a school. It lends itself to a lot of creative work."

For Courtyard Theatre, the students are involved in that creative work not only as the actors, actresses, stage managers and other roles involved in staging a production. As is accustomed, plays will be directed by students. Yendi Foo and Shae-Devaughn Ellis, direct A Midsummer Night's Dream, Annakay Hudson co-directs Belly Woman with Radcliffe, and Jheanelle Saunders directs The Seance.

"My objective is to showcase the creative talent that exists at Campion," Radcliffe said, noting principal Grace Baston's support.

"Each year, the principal supports the creative ventures of the robust performing arts programmes, the dance society and drama troupes. Currently, the dance society is on tour in New York. She is at the events and she encourages us as teacher/artist to do more every time and along with our hectic teaching schedules, we accept the challenge, all for the students."