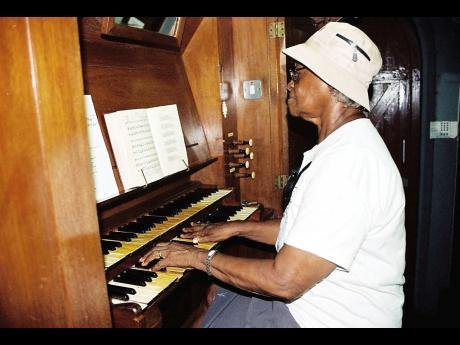 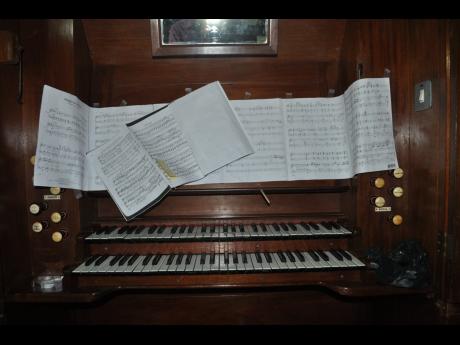 File
A partial view of the console of the 1915 J. W. Walker & Sons pipe organ at St. George's Parish Church in Savanna-la-Mar.
1
2

One of the island's longest serving church organists, Palone Williams, JP, in Westmoreland has died.

She served for over half a century at the Savanna-la-Mar Parish Church, bringing untold joy through music to gener-ations of worshippers on the awe-inspiring pipe organ.

Williams begun her music training on the piano in the parish of St Elizabeth where she was born, but her focus shifted to the organ when at some point, the minister at St George's, Canon Cope, asked if there was anyone in the congregation who could assist the then organist, Mr Tucker. Williams, came forward and she became a legend and a fixture for many decades, playing for regular services, celebrations, weddings and funerals.

During my last interview with her a few years ago about her music career, she was particularly excited about recent renovations to the 1904 Walker & Sons pipe organ at the church. And when asked about drastic changes to the music in the Anglican church by way of the introduction of a cool new Caribbean hymnal, the CPWI, that included works by Peter Tosh, Ernie Smith, Barry Chevannes and Noel Dexter, she said she was delighted with the book and was already using it exclusively with the choir and congregation at St George's.

Among those paying tribute to Williams was Rev Canon the Hon Hartley D. Perrin, Custos of Westmoreland who said, "Mrs Williams served with distinction during the incumbency of eight rectors of the church. As organist and musical director, she was a pioneer of many musical groups in the parish including the Westmoreland Singers and we are grateful for her many years of valuable contribution to the church and to the parish," he told The Gleaner.