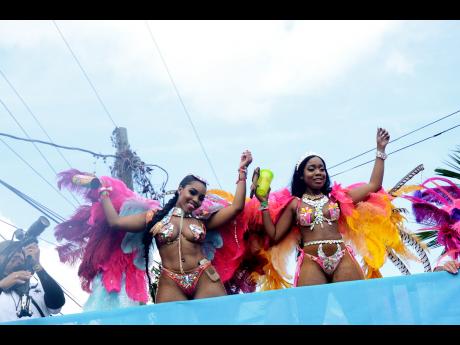 Bacchanal Jamaica's 2018 parade, took on the road in real veteran style this year.

Despite complaints from some revellers about the late delivery of costumes and the inaccessibility of Bacchanal directors, patrons of the band made their way around the Kingston capital with wild abandon, ducking and wining all the way.

Supported by three music trucks, the Bacchanal band rounded the Corporate Area, blasting the most current hits from the soca arena.

Songs like Hulk by Blaxx and Hello by Kes the Band dominated the truck's speakers. Top Strikers by Natty and Thunda was also a tune that had the crowd gettin' on bad in the fÍte.

Bacchanal's road parade maintained liveliness, complemented by energetic selectors who tirelessly yelled into their micro-phones to ignite the crowd to wildness.