Groovin' in the Park - Powerful marketing platform for the diaspora 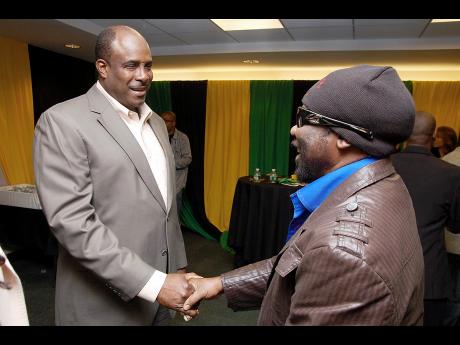 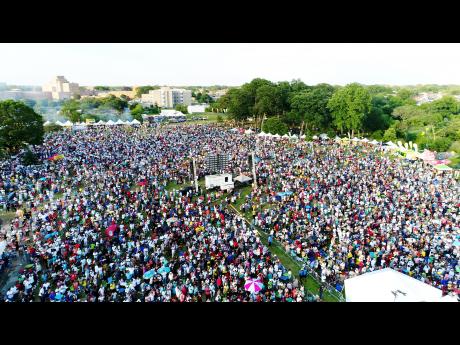 Contributed
Groovin' In The Park is a powerful marketing platform in New York City, and the event typically attracts over 20,000 music lovers.
1
2

In seven short years, Groovin' In The Park has become one of the most successful entertainment brands in the fiercely competitive New York City market. This reggae and R&B outdoor summer concert typically attracts more than 20,000 music lovers to the Roy Wilkins Park in Queens, and the Groovin' brand has been a magnet for A-list entertainers such as Air Supply, Patti LaBelle, Gladys Knight, R Kelly, Peabo Bryson, Jimmy Cliff, Toots, Beres Hammond, Busy Signal, Steel Pulse, and many others.

Surveys conducted by organisers of the concert shows that 75 per cent of the attendees are Jamaicans and Caribbean-Americans with a mean household income of US$44,000 per annum. The surveys also show that millennials form the bulk of the mean age group.

Groovin' has always been aware of the diversity of its audience, and with this in mind, the show created three tiers of audience hospitality to cater to preferences - general admission, the VIP section, and the VVIP cocoon with elevated, ultra-luxurious, all-inclusive cabanas with service attendants, plush seating, and opulent bathrooms. But from a marketing perspective, the recent audience demographics are exciting too, and both Caribbean and mainstream companies are going after the lucrative Caribbean-American audience.

"Over the years, Groovin' has enjoyed the support of mainstream corporations such as TD Bank and Nutrament, and of course, we have also benefited from the participation of brands like Grace, Tower Isle, Western Union, Fly Jamaica, and the Jamaica Tourist Board," Chris Roberts, CEO of Groovin'', told The Gleaner. "Companies from Jamaica have always come in to New York to brand their products and services, but this year, there is a greater level of awareness about the value of the diaspora market, and we are going after new companies like airlines, resorts, consumer products, and online shopping that offer services that are delivered back home, and we are also going after a bigger presence from home-based media companies here in the marketplace like the North American Gleaner and the North American Star," he added.

Sabrina HoSang Jordan, CEO, Caribbean Food Delights, adds, "Our companies have always been sponsors of Groovin', but this year in particular, it is rather special as we are celebrating our 40th anniversary under the theme, 'Community, Commodity, and Commitment - 40 Years of Community Integrity'. It will be quite a celebration!"

For the 2018 festival, which takes place on June 24, Groovin' is introducing marketing innovation to the event so as to make sponsor participation even more attractive and impactful. Beyond the offerings of branding with banners, posters, printed material and signage at the venue, the company has enlisted the inclusion of a fleet of Dollar Vans across the city that will be branded with messages from both the festival and the sponsors. So, although the festival is happening in Queens, residents in Brooklyn will also be impacted by the diaspora promotion. And these marketing efforts will be further reinforced by Groovin's own media platform, Groovin' Radio 93.5 FM, as well as alliances with network television and the New York Daily News.

Artistes who have been announced for this year's festival so far are Kenneth 'Babyface' Edmonds, Romain Virgo, Capleton, and Busy Signal, whose return is surrounded by much anticipation.

"There is hardly any other Jamaican diaspora event that gets enthusiasts energised quite like Groovin' In The Park and Caribbean Food Delights and Royal Caribbean Bakery are thrilled to be title cosponsors along with The Door Restaurant," emphasised Janice Julian, marketing and public relations executive at Caribbean Food Delights.