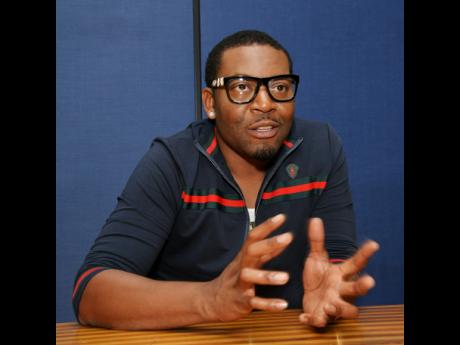 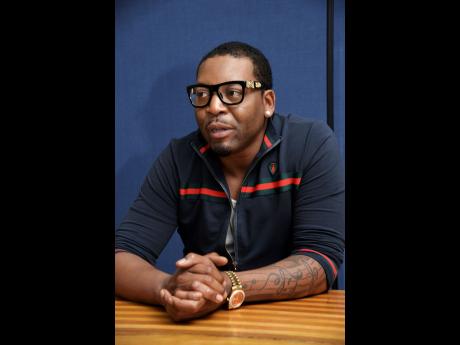 Many have assumed that the mind behind 'Sister Sandrine', 'Mitzie', or 'Di Rass', is Jamaican, Trinidadian, or Grenadian. But the New York native behind them identifies simply as West Indian.

Social media personalit- turned-stand-up comedian Majah Hype, (or Nigel, to his family), will debut his stand-up special 'Are You Dumb?' at the Karl Hendrickson Auditorium tomorrow, after which he will perform in Montego Bay on Saturday.

"[West Indians] have been segregated for a long time - not because we want to be, but because we're more comfortable around people who identify our cultures. We need to get out of that phase," the multifaced impersonator said.

He continued, "I think we have a story to tell. We've been through so much. It's such a small community, and we come from such small islands and there's so much that happens in each community, there's a lot to be spoken of." This comedian ultimately aims to share the stories and cultures emanating from the cluster of small islands in the Caribbean Sea.

Taking inspiration from a collection of nationalities, accents and cultures, Majah's aim is not to isolate Caribbean identities, but to encourage a sense of unification. For this reason, the comedian has decided to keep his own specific Caribbean heritage a secret.

"It was nothing that was planned, but at the end of the day, it just happened that way.

I realised that people were 'favouritising' their nationality, and wanting to verify that I'm that nationality. Let's just keep it this way, and have a whole big melting pot of laughs and jokes."

Still, for Majah Hype, it's not all fun and games. As he embraces and shares the multitudinous nature of the Caribbean, he is also motivated by his fans, especially those that may be experiencing difficult circumstances.

"I think it's imperative that we have those people who make us laugh. I've gotten so many inbox messages from people saying that they were just diagnosed with cancer; who say their mom just passed way, who say their house just burnt down. There are people who say, 'I want to kill myself', and due to watching my videos, life has changed. I think we need that more," he told The Gleaner.

Before he was Sister Sandrine, Mitzie, or Di Rass, Majah was a selector. "I was always a comedic person, but it wasn't a plan." He was also a musician. " I still am a musician - I play seven instruments, the main one being the alto-saxophone," he revealed.

Woodwind, brass instruments, and percussion are among some of the instruments to which Majah has an affinity.

"It's probably more than seven, but I keep it at that," the comedian offered with a hint of modesty. Once upon a time, he chased the music dream, which at one point, he felt, was his calling.

He also worked as an electrician. "I was making great money - life was good, and I got laid off. That's right when Instagram starting bringing 15-second videos. I noticed that it started to get a lot of traction. It went from 3,000 followers to 30,000, and I felt like that was a big deal."

An even bigger deal now is that Majah Hype has achieved the 'blue tick' - identifier granted to social media profiles of the extraordinarily influential.

After getting laid off, he called back to work. "I went down there for two or three weeks, but it wasn't the same.

Even though the money was good, it didn't feel the same. The biggest part is that I thought I was letting down the people who were following me the people who believed in me."

Now, a leap of faith has Majah working as a career comedian. His tour which started in January, is booked out until November.