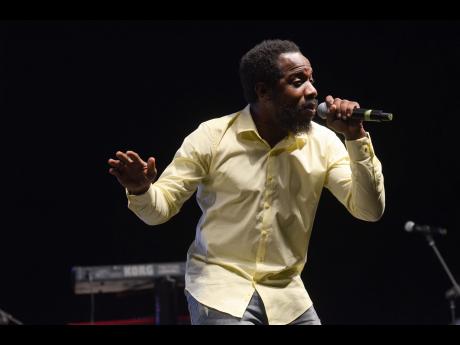 Shorn Hector
Wayne Marshall was welcomed on stage by rounding applause that continued throughout his performance. 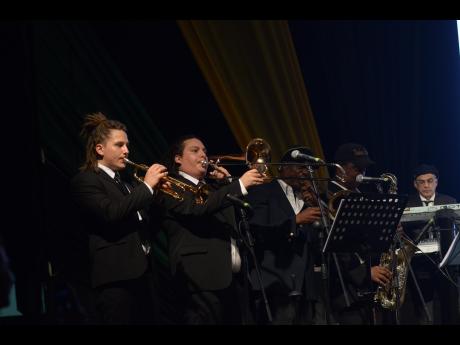 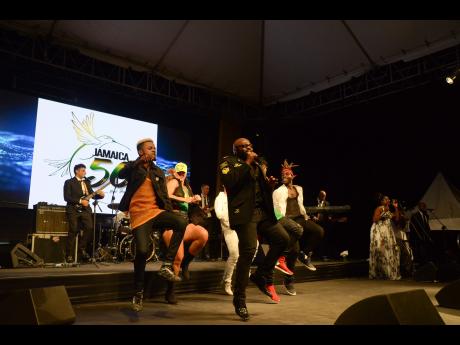 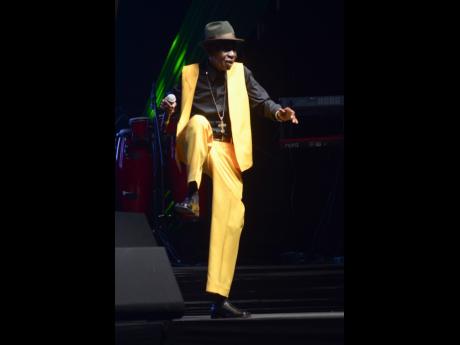 The pre-show drizzle, accompanied by a low turn out, did not prevent a high quality performance to be delivered on Saturday, the first of the three days of the 2018 Heritage Fest Concerts held at the Ranny Williams Entertainment Centre on Hope Road.

Organised by Jamaica Cultural Development Commission (JCDC), as part of Jamaica’s Heritage Week Celebration, Heritage Fest was more than a concert. It was also a lesson in the history of Jamaica’s music. The teacher/performers were Richie Stephens and the 14-member Ska Nation Band, with support from Wayne Marshall, Stranjah Cole and Bongo Herman.

Bongo Herman got the lesson going. In addition to singing, he explained how “reggae music was built” with the aide of instruments. “This is the sound you hear in John Holt’s Police in a Helicopter” he explained while playing. Before ending his very informative set, he pleaded, “Smoke Responsible” then segued to a dramatic performance of Oh DC.

Stranjah Cole, who began his musical career in 1962, continued on the same trend. “This was the first reggae music made in Jamaica, he announced before performing Bangarang. His new single Step Up, a slow tempo song, was also in his lesson.

From the announcement of his name, Wayne Marshall received a hand clapping welcome from the audience. He managed to sustain it throughout his set as he entertained with a medley of songs that included You are My Lady. There was more applause when he stated that he recently celebrated his ninth wedding anniversary with wife Tami Chin. As if that was not enough, he also dedicated his closing song Glory to Thee to his friend - ailing footballer Luton Shelton.

“We are on a mission to protect the legacy of Jamaica’s music, ska. If wi do not protect it someone will take it away from us.”

Richie Stephens declared after a very high energy opening, with dancers and the Ska Nation Band. He reinforced his point by explaining that there are no ska bands in Jamaica, but in Australia there is a 70-member orchestra that plays only ska, as well as in other countries like the United Kingdom (UK) and Japan. He said he feels blessed to bring it (ska) back.

The evening was also about introducing Jamaica to the Ska Nation Band's new album - Root of the Music. Among the songs performed from the album were the title song, the very realistic Country Bus, and O-Sole-Mio (Oh My Son), an Italian opera rearranged to ska.

Too soon for the audience, the approximately two-hour show came to an end with an encore. It came in the form of Nobody Can Shatter Your Dreams from Stephens and the band.