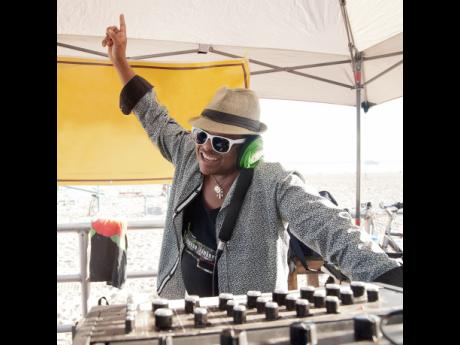 Jamaicans have had the pleasure of experiencing many different genres of music in generous amounts - at numerous festivals on the island. But next spring, for the first time, a mesmerising five-day house music festival will hit the shores of Negril from March 26 to 31. The event is called Jamaica Frenzy, and will feature a dazzling array of the best mix DJs in house and electronic dance music, day and night.

The collection of talent represents those who have greatly influenced urban house music over the past decade, and some of the veterans like David Morales, Timmy Regisford and Louie Vega have transformed house music nightclubs in New York into shrines at which house music lovers worship.

Regisford, for example, is the mix master at New York's Shelter nightclub - a spot where the doors open at 4 a.m. on Sundays and the party is sizzling by 7 a.m., ending late in the afternoon. Apart from signing numerous breakout artists to Atlantic and Motown Records where he was a senior vice-president, Regisford became a legend for his Saturday night dance party mixes on New York's very popular WBLS FM radio station.

He is also no stranger to Jamaica, having brought his then Motown roster, including Stevie Wonder, Boyz 11 Men, Smokey Robinson, Temptations and Johnny Gill, to the island for two consecutive years for BET television recordings.

Jamaica Frenzy hopes to become an annual event. This year, there will be partnerships with a number of resorts in Negril and he is hoping to attract hundreds of house music lovers from the United States and Europe. The magnet will be the house music, but they will also embrace the cuisine, the beaches, the sunsets, and the other exciting experiences and attractions that Negril has to offers.

Lil Ray is the founder and executive producer of Jamaica Frenzy is a New York-based Jamaican house music lover, event promoter and mix DJ, liL Ray who grew up in Kingston and Portland. He attended Kingston College and Titchfield High schools, before migrating to the US. He told The Gleaner, "I wanted to create a five-star feel-good festival experience with the best house music DJs. Negril has everything we were looking for. We're excited by the response we're receiving. March can't come soon enough."