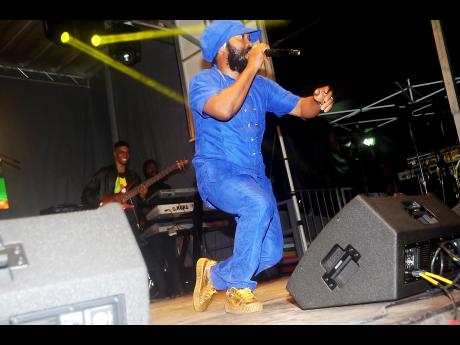 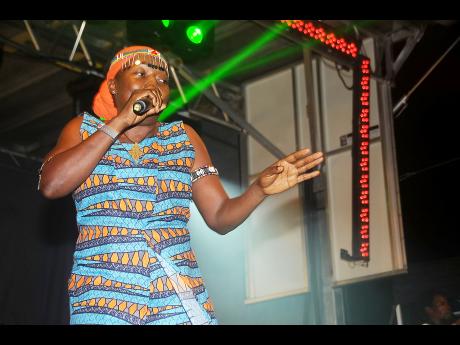 Adrian Frater
Keteis Oyonde was awesome in her ganja tribute. 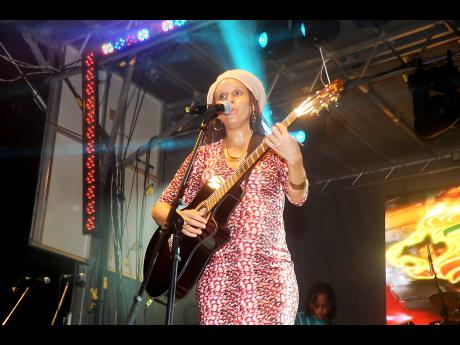 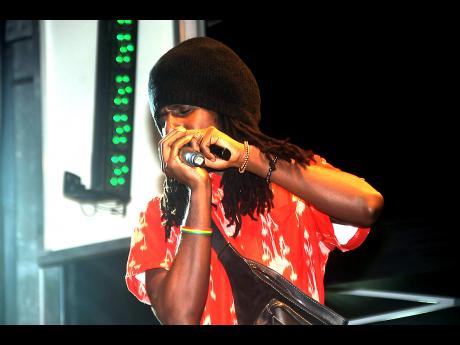 Adrian Frater
Though not billed for the event, Chronixx joined Keznandi on stage. 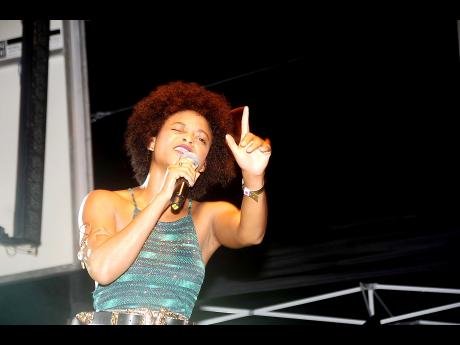 Adrian Frater
Lika Ike was one of the outstanding performers on the opening night.
1
2
3
4
5

Last Friday night, the 2018 Rastafari Rootz Fest unfolded against a backdrop of blazing spliffs and bubbling ganga pipes. A great contrast to the days when reggae legend Jacob Miller would sing "tired fi lick chalice inna bush," - yearning for the day when their sacrament could be consumed legally in Jamaica.

In fact, the artistes, from the Nyahbinghi drummers and chanters, who were the opening act, to the militant Kabaka Pryamid, all paid homage to the 'herb,' which got the royal treatment as it stood out as the centre of attention.

Female vocalist Keteis Oyonde, who started her set with a brilliant rendition of Marcia Griffiths' Stepping Out Of Babylon, was awesome in her ganja tribute with the songs, Ganja Book Of Revelation and Ancient Name of Life, which were well received.

The exciting D-Medz, who first excited the patrons with potent songs such as Humble and Don't Follow Bad Company, used social commentary to praise 'de herb,' while setting the stage for Montego Bay-based singer Martin X, who delighted with his witty delivery of High Grade, declaring to the mixed audience of predominantly white tourists and black Jamaicans that ganja is "green gold".

Female vocalist Lila Ike, who was one of the outstanding performers of the night, had the audience mesmerised as she delighted with her brilliant cover of Rita Marley's One Draw, and left no doubt that she is poised for the big time as she skilfully used her voice to caress an array of catchy songs.

Kelissa, who was extremely agile, and her brother Keznamdi complemented each other in terms of high-quality lyrics. Kelissa was dazzling as she reeled off Best of Secrets and Herb Fest, basically setting the stage for her brother, who was equally commanding, especially with, state of emergency, and his ganja songs, Ganja Time and High Grade Marijuana.

Keznamdi's set offered up one of the night's big surprises when reggae sensation Chronixx, who was not billed for the event, joined him on the stage. they got the patrons dancing gleefully as they delivered a classy rendition of the song Victory, which was well received.

With Warrior King delivering one of his usually energetic but potent sets, which included classics such as Caa Get Me Down and Heathens, it was perhaps a fitting way to set the stage for arguably the performance of the night, an exceptional set by Kenyatta Hill, son of reggae legend Joseph 'Culture' Hill.

In a performance which mirrored his father's vocals, stagecraft and sound in the most uncanny way, Kenyatta was simply magical, driving the fans into a state of music frenzy as he dug deep into his father's catalogue, coming up with hits like This Train, Zion Gate, So Long and the big ganja anthem, International Herb, which left no doubt that he has come of age as a performer and an artiste.

Kabaka Pyramid, the closing act, demonstrated the kind of star qualities which would have greatly pleased his reggae ancestors. His message was not only rich; his stage presence commanded attention. Every song he touched was impactful, leaving little doubt that he is standing at the doorway to greatness.