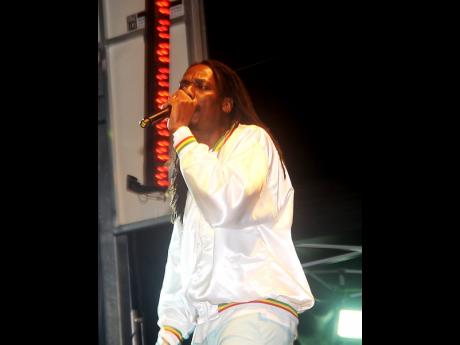 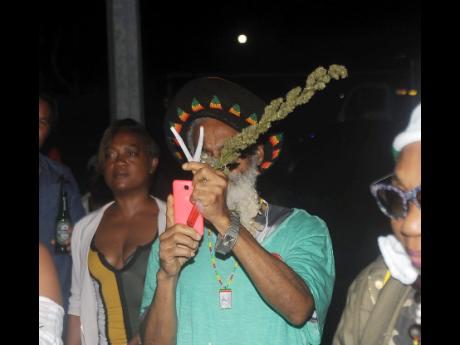 Adrian Frater
Marijuana took centre stage at the festival over the weekend.
1
2

In a festival that saw ganja being celebrated against a backdrop of Rastafarian cuisine, art, craft and music, Ras Iyah V, one of the organisers of the annual Rastafari Rootz Fest and Ganja Cup, has declared the event a "ganja festival," albeit with a strong musical flavour.

"Because ganja and reggae are both strong elements of Rastafari, they naturally work together well, but this event is really about highlighting ganja and its tremendous potential as a medicine and a source of revenue," he noted. "The seminars and workshops, which are a part of this event, are aimed at providing an understanding of ganja and its medical, spiritual and financial benefits."

Like Iyah V, many of the artistes who performed at the festival spoke about the untapped potential of marijuana, and the fear that those who have been standing up for it over the years might be pushed aside as big-money interests move in to exploit its medicinal and recreational use.

"We can't allow the rich man to move in and take over ganja while the small man, who struggled and suffered in defence of ganja over the years, gets nothing," said reggae singer Kellssa, who highlighted the many virtues of ganja in her performance.

Kenyatta Hill whose late father Joseph 'Culture' Hill, was a strong advocate for marijuana when it was not 'fashionable', was reflective as he watched the smoke from blazing spliffs and chalice drifting skywards over the Long Bay Beach Park in Negril, the venue of the event for a fourth consecutive year.

"I wish people like my father Joseph Hill, Peter Tosh, Jacob Miller, Dennis Brown and Bob Marley were here tonight to see that their struggles were not in vain," said the new voice of Culture. "Ganja is finally getting the respect it deserves in Jamaica and so many other places over the world. I am really happy about it."

Little-known Montego Bay singer Martin X, who laced his performance with a generous dose of humour, not only highlighted the goodness of ganja, but also pointed out that some of the medicines being used to cure various ailments, but which carry dangerous side effects, could be substituted for a safer ganja-based option.

"Ganja is a kind of medicine that can cure so many things, and you don't have to worry about the dangerous side effects because this is a natural product," said Martin X. "Ganja is the answer to many sick people's prayers."

In speaking to his overall expectations from this year's event, Iyah V said he hoped that through the various seminars and workshops, which are an integral part of the three-day event, there would be a platform created to establish global unity in the pursuit to "free up" ganja all over the world.

"I am delighted to see Canada opening up to ganja, to include recreational use," said Iyah V, who sits on the board of the Cannabis Licensing Authority. "Now is the time for global unity to free up ganja so we can enjoy its benefits."