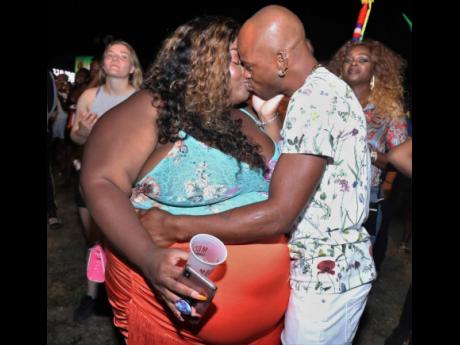 Ashley Anguin
It appeared that Alexus Taylor and Ruel 'Oneil' Walker couldnt get enough of each other at Reggae Sumfest's Global Sound Clash at Pier One Complex, in Montego Bay, St James on Thursday night. 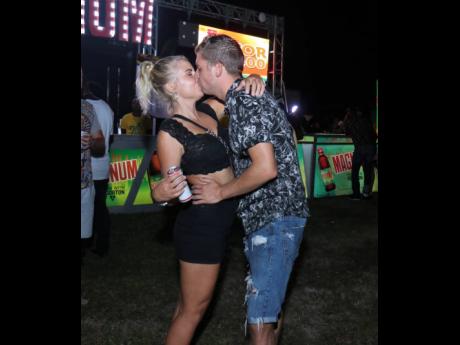 Ashley Anguin
A love fest at Sumfest! Carolin Anzinger and Maximilian seal the deal with a kiss at Reggae Sumfest's Global Sound Clash at Pier One Complex, in Montego Bay, St James on Thursday night. 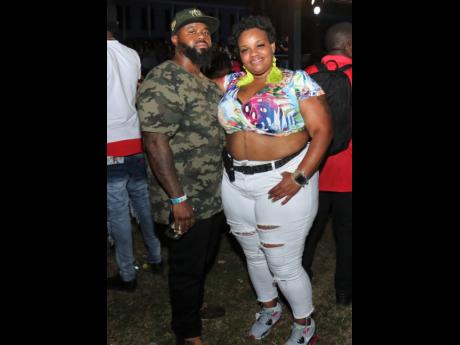 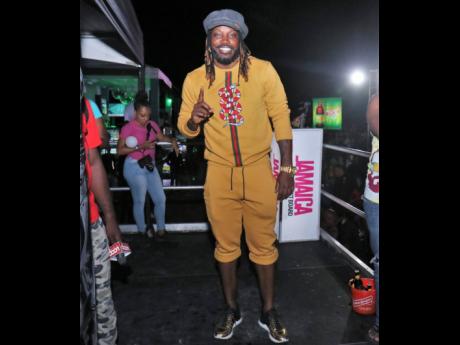 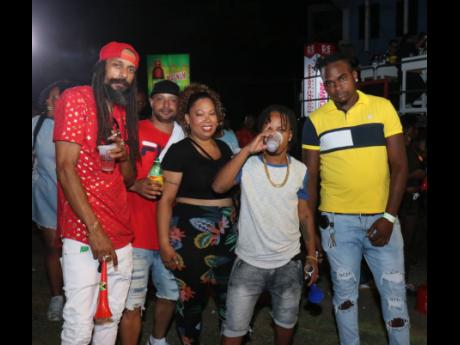 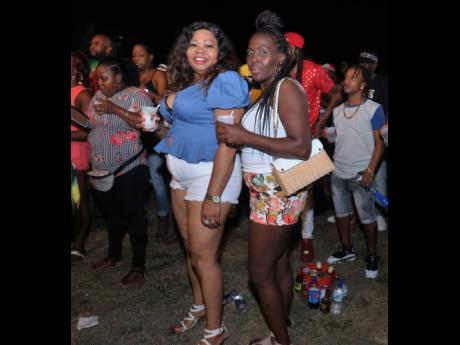 Ashley Anguin
Haron and Angella Haughton pose for our camera. 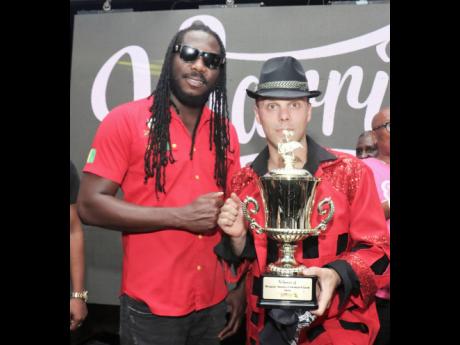 MC Nuffy, who has probably witnessed more top-class sound clashes than any other host, believes that sound preparation was behind Germany’s Warrior Sound International surprise win in Thursday night’s Reggae Sumfest’s Global Sound Clash, which unfolded before a large crowd at the Pier One Complex in Montego Bay.

‘Warrior Sound did their homework and came well prepared,” said Nuffy, whose success in hosting tough shows like Sting has made him a legend in the dancehall.

“They studied the two big opponents – Ricky Trooper and Panther – and they knocked out one in the second round and conquered the other in the dub-for-dub. You have to congratulate them because they prepared well and got the result they came for,” Nuffy said. He also pointed out that Warrior Sound benefited from their perseverance because they had tried in the past and failed but never gave up, coming back stronger and much better prepared.

“Warrior Sound came here before and did not win, but they learned from the experience. They studied our situation well and came back much better prepared, so we have to congratulate them.

Unlike some patrons, who were clearly not pleased that for the second year running, a foreigner has won the title, Nuffy believes that last year’s win by Japan’s Mighty Crown and this year’s win by Warrior Sound is good for the music, especially with regard to expanding its international growth.

“I am not one of those who believe we are losing the music to the foreigners, I see it as spreading of our culture,” said Nuffy, who noted that it is universally accepted that reggae and dancehall music have their roots in Jamaica.

According to Nuffy, Jamaican selectors now need to step up their game so that in future editions of the annual sound clash, they will be able to reclaim the title.

“Our people go abroad and win things, so nothing is wrong if a foreigner comes here and wins,” said Nuffy.”In athletics, Usain Bolt go out there and beat the world and make Jamaica happy ... that is the way things go.”

In what was a surprise result, Warrior Sound upstaged Ricky Trooper (Jamaica), Pink Panther (Jamaica), Yaad Beat Sound (Japan), and King Turbo Sound (Canada) to win the biggest title they have won in their 15-year history.