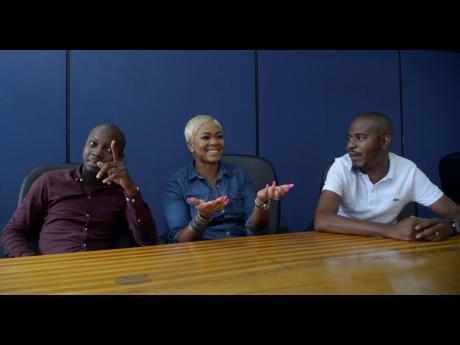 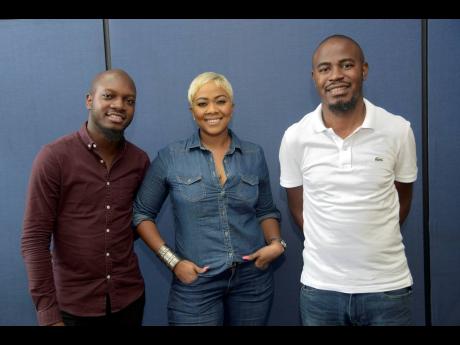 Upon the return of Reggae Sunsplash in November 2020, executive producer Tyrone Wilson, and festival managers, Debbie Bissoon and Randy Mattis have promised to deliver an event composed of the best of the best. As they aim to add another staple to the local entertainment calendar, for the sake of reggae and dancehall music’s preservation, the team also expects an injection of their youthful exuberance, controlled behind the scenes by more experienced advisers, will turn a pretty penny. And this time around, they are not at all concerned about continuity.

“A festival is a company. It’s a business. As a business, we’ve been able to get some of the best people in corporate Jamaica to work with us. We are positioning to earn. We are pulling in people who have done business for years. And with the type of infrastructure we have, we can get anybody to work with us,” Wilson told The Sunday Gleaner.

Wilson’s unwavering confidence feeds from “big business” supporters behind the scenes. Alongside his festival managers, the executive producer asserted that the Reggae Sunsplash’s revival will see success because they have the range. “We don’t want to have it perceived that it’s just a young group. It’s a diverse group of different experiences coming together. You see us, but there’s a wider team. Chuckles and Jerome are two examples of that,” he said.

Robert ‘Chuckles’ Stewart worked on the original Sunsplash. He was the producer behind the scenes for Buju Banton’s triumphant return to the stage, following his release from prison. “We’ve been able to experience Buju’s Long Walk To Freedom, which was well executed. For me, that was what made us approach [Chuckles]. Anybody who did that, that’s the person we want. We find the best people in their areas and we leave them to do their jobs. So someone like Chuckles will be able to extend his creativity and expertise to ensure that we have a good production,” Wilson said.

Jerome Hamilton, co-founder of Kingston’s Headline Entertainment, is also on the team, with responsibility for artiste booking, management, and consultancy. “He’s worked with all of the major entertainers in Jamaica. He knows what it takes to put together the right package,” Wilson continued.

They have also connected with the original producer, Ronnie Burke. Bissoon said: “One of the things we were doing months before this announcement was talking to founding members of Sunsplash to find out the things they would have liked, or rather, done before – things that worked and things that didn’t work. We spoke with Ronnie Burke extensively, several times - and would have gathered wisdom, knowledge and understanding from their experience.”

Still, the new producers and managers aren’t entirely dependent on elder’s guidance, but will also pull on their own experiences in entertainment and entrepreneurship.

As they have secured support in those whose experience is specific to stageshow production and artiste management, the new Reggae Sunsplash team also comes with experience specific to business, entrepreneurship, marketing and sales. “From a governance standpoint, there are some very experienced individuals who have built businesses bigger than Reggae Sunsplash - as big as it is,” Wilson said. Guardsman Group Ltd purchased the festival and licensed the rights to eMedia Interactive Group Ltd, in which Guardsman owns a 35 per cent interest.

“By extension, that supports Reggae Sunsplash,” he affirmed. The team also expects support from government entities, as Wilson reports some initial favourable reactions.

“They love it. They’re welcoming. Everybody loves reggae music and wants to support it and be a part of it.” Mattis added: “We haven’t met with any resistance so far.” Fourteen years ago, Reggae Sunsplash made a stuttered return to the stage.

But with the support acquired so far, in both production and business, the new school expect it will come back, and back again with success because they are looking to tap into the ecosystem that thrives around a music festival. “You’ve had one failed Reggae Sunsplash, but you’ve had about twenty successful ones. The ratio of success to failure for Reggae Sunsplash is skewed heavily towards success. We’re talking about a festival that helped to create this reggae festival industry. For it to be around for so many years without certain support, obviously, they were doing something right. So our job is to learn from the past and build the future,” Wilson said.

Bissoon said: “We could have put our attention on anything else. The fact is we found value in this festival because of the kind of offering – it had – and still has. Even before we made the announcement, you’d still find people calling the Sunsplash name.