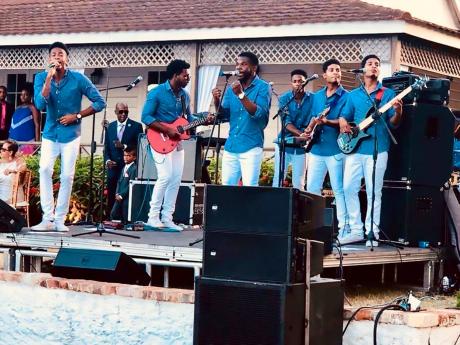 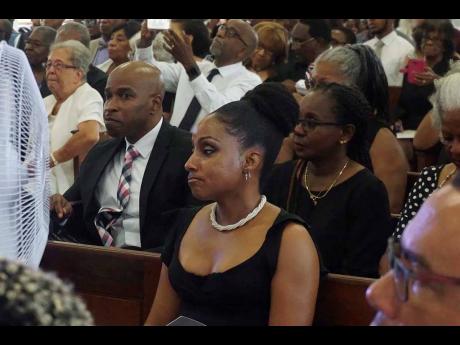 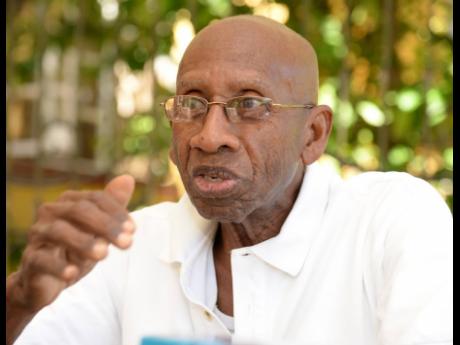 There was a chance that Noel Dexter’s musical legacy of leading and composing would have ended with him, but his family seemed to have little choice but to sing or play. By both accounts, from his daughter, Carol Dexter-Dwyer, and only grandson, Jhada Dwyer, it wasn’t by force-of-hand or determined nurturing of the patriarch, but a natural phenomenon that they, too, became musical people. However, Jhada’s affinity for music was almost lost as his parents pushed dreams of him becoming a track star.

Though Carol’s work keeps her fairly shadowed and behind the scenes, it appears that Jhada has positioned himself to launch into the music industry as guitarist and band leader for up-and-coming musical outfit the 8 Band. But before Jhada got there, he had to fight.

Carol and her husband, Rohan Dwyer, wanted Jhada to be a track star. “He was at JC, where he wanted to quit the track team and join the band. His parents were most upset because we had the dream of him getting a track scholarship,” she shared with The Sunday Gleaner. But their minds soon changed after hearing undeniable conviction in Jhada’s voice. “We had a huge argument about it. But the way he said it – that he’s not going back to track, that he IS joining the band – I had the full support of my parents, and I had to transfer that to my son,” Carol Dexter-Dwyer said.

She recalled her own musical journey, which started as early as preparatory school. “I remember going to rehearsals with my parents because they were involved in several choirs. I remember sitting in the back seat humming harmonies, and they realised I could harmonise ­naturally,” she said.

Carol attended Mona Preparatory, where her father coached the choir. She was also a member of the school’s choir and orchestra. “I always did piano lessons. I went to up to grade four in the London College of Music exams and grade five in theory. But I thought I left it [music].”

After taking a break from Jamaica and music, Carol returned to the island in 1995 when the music gene reared its head again. She joined ASHE’s performing arts troupe one year later. During her time with ASHE, she was introduced to the ‘other side’ of the local music industry. While she had been previously entrenched in the classical, academic side of music, ASHE exposed her to the ‘roots side’. ASHE went to record at Mikey Bennett’s Grafton Studios in Vineyard Town. That’s where she met her husband, Rohan, a sound engineer and producer.

After spending two years with the troupe, she enrolled at the University of the West Indies, Mona, where she joined the University Singers, under the direction of her father. She also served as the chorale’s president for two years. “I did several concerts for them, for years – even after I graduated,” she revealed.

But the ‘roots side’ remained, and Carol soon found herself working assiduously in the reggae music space. Oozing modesty, or so exposed that all the stars have streaked into a blur, she listed just a few of the major stars she has supported on tours and albums like Beres Hammond and Luciano. Most recently, she was supporting Buju Banton on his sweeping, historic Long Walk To Freedom tour as a back-up singer.

“I work a lot in studio and on shows here and there. I’ve done backing vocals for a number of artistes over the years all over the world,” Carol said.

Soon, it will be Jhada’s turn around the world. “I wouldn’t say I wasn’t happy doing track and field, but what caught my attention … I was walking past the auditorium and I heard the band playing. I was intrigued. At the time, I had stopped playing music for a while,” the university student told The Sunday Gleaner. That was in fifth form at Jamaica College when his interest was piqued. The following year, his grandfather bought him a guitar, and he argued with his parents about the extra-curricular choices.

“From there, we realised that he really has a passion for music, so we’re going to see what we can do to help the band continue the pursuit,” Carol said. And it wasn’t long before Jhada proved his parents right, being appointed leader of the school band, which soon graduated into the 8 Band, with fellow young musicians Adrian Bacchus, André Bacchus, Bradley Dodd, George Campbell, Moses Estick, Dimetri Wynter, and Matthew Gillespie.

Jhada took little time to take charge of the eight-piece outfit. “He came and told me the singers were having a warm time and he wanted me to come in and help. So I did, and I came in to hear great potential in those voices. Then I came a few more days, and some more after that,” she laughed. Now, she is one of the band’s managers.

Though Jhada is currently enrolled full time at the University of the West Indies, Mona, music is still his first option. “Unfortunately, UWI doesn’t have a structured music programme. He has dreams of being other things, but music is the main focus. He’s giving his all to 8 and still keeping his mind sharp, ­academically,” his mother shared.

“Music is never on the back burner for me. I just started playing it and getting better. I wasn’t pushed at all. I just found a love for it. I just do what I can, when I can. At UWI, there’s a lot of pressure with mid-semesters, finals, and coursework. But at the same time, I have to keep up with everything else in my life. I don’t see music as me doing something else. It’s just natural for me to do it. I know that this comes naturally. It’s not work or a burden. It’s just me doing something that I love. And my grandfather wasn’t necessarily involved, but he was helpful. Our base of operations is actually at his house. He would hear us rehearse, and if something sounds off, he’ll help us out.

“In terms of musical ability, Dad always spoke about the band as world class. He actually said to my husband and me, ‘I don’t know what you’re going to do, but you have to keep them together.’ There are many bands with the same story, the members change. But with Jhada, his grandfather always encouraged him. We’re just proud of all of them. They work really hard,” Carol said.