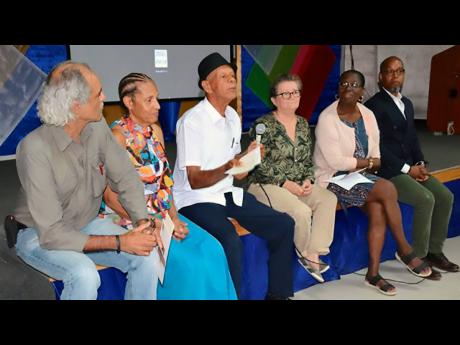 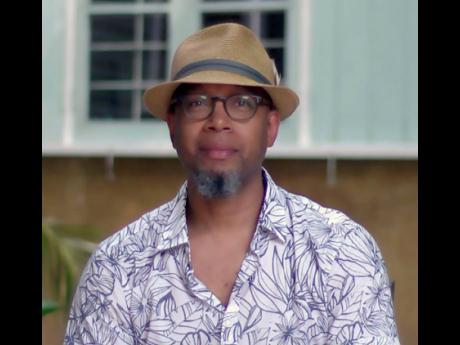 Inspiration can come really easily. It can hit while driving down a country road, sporadically speckled with small wattle and daub structures which have stood unfettered over centuries. That’s what happened to the members of the WARE (Wattle And Red Earth) Collective – a group with members comprising various skill sets but sharing a common interest. They combined their strengths to observe, preserve and marvel at Jamaica’s traditional built environment. It turns out, this shared interest was the perfect frame in which they eventually built Rockstone and Fire.

Rockstone and Fire is a 20-minute long film set on the plains of St Elizabeth, where a people gathered – like a recall to a past communal practice, building a kiln to burn limestone for wattle and daub, just like our ancestors did. “We built a kiln, then called on the community and they rallied. People came to cook, or just to give two hours of work. It was a wonderful to see how Jamaica can operate,” Dr Courtney Coke told The Sunday Gleaner.

Dr Coke (medical director, Radiation Oncology at Advocate Sherman Hospital, Chicago) is on the board of directors of the WARE Collective, along with Carol Campbell (lecturer, Edna Manley College of the Visual and Performing Arts); Ann Hodges, (founder, Kingston 10 Architects); Peter Francis (partner and senior architect, Kingston 10 Architects); and Enith Williams (founder, Downtown Kingston Music Theatre). “I grew up in Clarendon on a farm with my grandparents, so I have a deep connection with the soil and what it produces,” Dr Coke continued, explaining the root of his interest.

Last Boxing Day, he got into a conversation with Hodges, which extended to the others, whose shared intrigue sparked the establishment of the WARE Collective. Mesmerised by the aged buildings to be seen when driving through St Elizabeth, the collective wanted to ‘capture’ them or their images and store them in the National Library or another bank of heritage and history. “The Spanish walls, the limestone, just to see them in various stages of decay. There is history locked inside these structures that were built in the post-Emancipation period, when people had very little. They used dirt and stones, burnt them to make white lime. Now, some of these structures are over 100 years old. We have to tell the story of them,” Dr Coke shared.

The storytelling took form on film, with the original intent to produce footage of the seemingly everlasting structures. But, interest and intrigue invited greater energy than that to the collective. Using Hodges’ knowledge, they built the kiln in order to document just how our people fashioned what has become traditional Jamaican architecture.

The kiln attracted master builders from the area, like Mr Parchment, who stunningly managed to demonstrate the proper procedures. In interviewing Mr Parchment about the process, the builder shared that after you burn the stones, it has to rest for a certain time. He offered instruction about the particular types of wood to burn to get the kiln firing to the necessary 2,000 degrees, and advised the right time to add water. “He was talking about a chemical process, the limestone cycle. How did they know all this? How does he know?” Dr Coke marvelled. “That’s what pulled us in. With all this filming, we were going to donate it. But we pieced it together and it took a life of its own.”

Rockstone and Fire, which had its première in March 2019, is only an introduction. “Our bigger goal is to create a living museum of built heritage in southern St Elizabeth, where people can come and interact,” the doctor explained. The idea incorporates having a café in a Spanish walled or wattle and daub building, “so people can see these walls, where it’s not something you just hear about,” he continued.

After positive reception from the première, the WARE Collective decided the film should travel. On Wednesday, September 18, Rockstone and Fire will be screened at Caribbean Tales Film Festival, and on Saturday, November 23 at the American Institute of Architects. According to Dr Coke, the Caribbean School of Architecture has expressed interest in working with the WARE Collective, which he hopes is a signal for an active future.