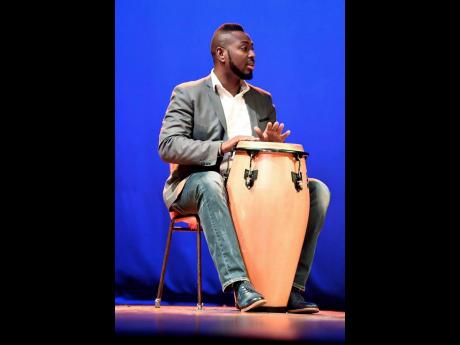 In a bid to set the record straight and not appear reactionary, president of the Jamaica Reggae Industry Association (JaRIA), Ewan Simpson, says that for close to two years, his organisation has been in discussion with the Ministry of Culture, Gender, Entertainment and Sport over issues relating to the Noise Abatement Act. He also disclosed that he is working with a timeline of “the next two quarters” for matters to be resolved.

“We are optimistic for fundamental changes to be made by early 2020,” Simpson told The Sunday Gleaner. “This is not something that we as JaRIA can change. We can’t get up and say we are going to change this or change that. It involves a legislative process and that takes time,” he elaborated.

Simpson’s organisation acts as an umbrella group, whose mandate includes overseeing the well-being of the sectors within the music industry. In response to questions about JaRIA’s reaction to the growing discontent among promoters whose events have been silenced owing to the enforcement of the Noise Abatement Act by the police, Simpson stated that “these issues are not new”.

“These things flare up from time to time. Three months ago there was an issue in Negril. But the fact is that we have been in conversation with the minister (Olivia Grange) and have been lobbying for a while on several matters relating to the industry,” Simpson said.

While Simpson was reluctant to list JaRIA’s successes over the past two years of discussion and lobbying, he quickly dismissed suggestions that his organisation could be accused of dragging its feet. “We are not receiving any pressure from our membership because it is not a new issue,” he reiterated.

Simpson subsequently ticked off some achievements. He pointed out that Fort Rocky (on the Palisadoes strip) has been declared an entertainment zone, and hailed the removal of the letter of extension from the Ministry of Security to the Ministry of Culture, Gender, Entertainment and Sport. The letter in question is applied for by a promoter who wishes his event to proceed beyond the lock-off time stipulated in the Noise Abatement Act. Under the signature of the minister, it asks the police for consideration in allowing the promoter to continue his event. The police have the right to refuse permission, as they have been doing in recent times.

Simpson added that there is not a uniformed position on the desires of the industry, as it relates to the act, and this, he says, will be among the topics to be examined when JaRIA hosts their general meeting early in October.