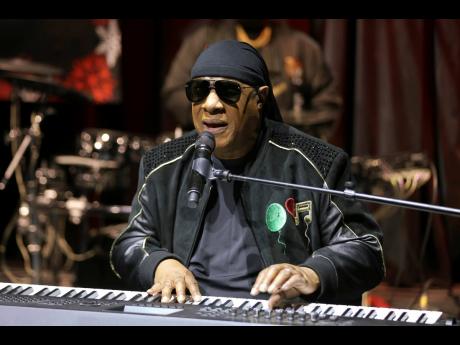 Blindness has oftentimes been linked to the success of recording artistes in popular music. Many music aficionados subscribe to the theory that when one sense is impaired, the others develop at a faster rate, and this may be a contributing factor. Whether or not this was the compelling force behind the extraordinary success of Stevie Wonder and Ray Charles is still open to debate.

However, the incidence of outstanding entertainers like Charles and Wonder losing their sight in childhood years or at birth is more common, compared to those who suffer the disability at adulthood. Professor Adam Ackelford, a musical research fellow at the Institute of Education in London, believes that the childhood experience presents a better opportunity for success. “In blind children, the area of the brain involved in sight is not being used, but others, including those used for hearing, become much more alert and important. This greater focus on auditory input makes the brain develop in a different way,” the professor explained.

This perhaps explains the rapid acquisition of musical competence by Stevie Wonder and Ray Charles, arguably the most outstanding blind performers in the history of popular music, both excelling as vocalists and multi-instrumentalists.

Charles became fully blinded by age seven, after suffering from glaucoma, while Wonder reportedly lost his sight shortly after birth.

Writing in his autobiography, Charles, who would have celebrated his 89th birthday last Monday, said: “When the doctors told her (his mother) that I was gradually losing my sight and that I wasn’t going to be any better, she started helping me deal with it by showing me how to get around, how to find things, and that made it a little bit easier to deal with.”

Wonder’s early beginnings also saw him receiving worthwhile assistance of another sort from his mother. Observing his innate ability to catch on to musical sounds, she bought him a piano and a harmonica, and he quickly learnt both instruments. Born Steveland Judkins on May 13, 1950, some 20 years Charles’ junior, he repeatedly claimed that Charles, dubbed ‘the blind genius’, was his musical idol, and was later decorated with that title as well. Yet, amazingly, Wonder claimed he initially had no idea that Charles shared a common disability. Speaking to Uncut magazine in 2005, Wonder said, “It was only when I was 11 and I recorded Tribute To Uncle Ray that I found out he was blind. It was after a performance and he came out of his dressing room and someone led him over to me.”

While still sighted, Charles received informal piano lessons from a friend, but nonetheless thought that music was a part of his genes. He emphatically stated in his autobiography, “I was born with music inside me. It was a force already with me when I arrived on the scene. It was a necessity for me – like food or water. You’d have to remove the music surgically.” The singing pianist went on to erase musical boundaries with songs like What’d I Say, a call-and-response classic that became his first major pop crossover hit; Hit The Road Jack and the melancholy ballad, Georgia On My Mind, which became the official state song of Georgia in 1979.

Charles, however, seemed to have made his greatest impact in the 1950s by blending the spirituality of gospel music, which he learned in the black churches during his childhood, with the sensuality of the blues, to create the emotionally charged genre called soul. It mirrors his tragic childhood experiences of poverty, orphanage and blindness and is reflected in recordings like Born to Lose, in which he laments:

I’ve lived my life in vain

Every dream has only brought me pain

All my life I’ve always been so blue

Born to lose and now I’m losing you.

Whereas Charles had a remarkable impact on the creation of the soul and R&B, Wonder – a name given him by Motown executives – concentrated primarily on funk, pop and R&B. It was at Motown Records that he first came to public attention as a 12-year-old with the recording Fingertips Part II.

But even before entering Motown Records, the gifted youngster had displayed wonder-boy qualities by becoming highly proficient on drums, piano and harmonica, thus facilitating his signing to the recording entity. Like Charles, Wonder’s gospel influence of the church along with his writing skills were crucial to his musical development. He rode through the 1960s as one of the main cornerstones of Motown Records with hits like Uptight (Everything’s All Right), I Was Made To Love Her, For Once In My Life, My Cherie Amor, A Place In The Sun, Blowing In The Wind, Never Had a Dream Come True and Signed Sealed and Delivered I’m Yours, all done between 1965 and 1970.

In the 1970s, Wonder widened his lyrical content to include matters concerning black liberation, and introduced polyrhythmic funk into his recordings. His crowning achievement perhaps came in 1984 when he earned five Grammys out of a total of 25 during a 57-year career.