Ribbi returns to wake up nightlife with new club 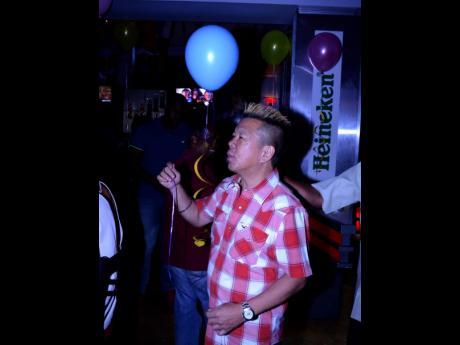 Brian ‘Ribbi’ Chung had been in the nightclub business for decades. After spending some time as a selector, and a party promoter, his segue into clubbing fuelled Kingston and Portmore’s nightlife. But when the club proprietor decided to take a step back, no one stepped forward. And so he’s back. Chung has claimed the top floor of a developing plaza on Constant Spring Road, with plans to open a third Ribbiz location, complete with a nightclub.

“We have our designs laid out. It will be a wonderful experience, a new injection into nightlife. It will still be food and beverage in a well-laid out, relaxing atmosphere. But there will also be a nightclub. When it’s done, Kingston will wake up,” he told The Sunday Gleaner.

Chung is the mastermind behind memorable night-time establishments like Cactus, Asylum, and The Quad nightclubs, and his absence has left a void.

“I am very surprised because I came out of the business over 12 years or more, and I think I left a couple open,” he recalled. One such was Fiction, which has had a few unsuccessful restarts in recent times.

“You have to know what the people want. The management at the time thought they knew, but they didn’t complete. I’m kind of disappointed because it was the only one left at the time. Then nobody else stepped up to the podium for nightclubs,” Chung said.

“If there’s no nightclub, what’s the alternative? You find these outdoor events popping up and being successful. There was a demand for it. It keeps Kingston alive. But Kingston is the Mecca of entertainment. It can’t just be one-off parties.”

Unable to keep away from entertaining in some way, Chung launched Ribbiz Ultra Lounge in Acropolis (Barbican), alongside business partners Kamal Bankay and Don Creary.

The idea came out of Las Vegas, where Chung saw that even in the lounges, the ­bartenders came out like the countertop was their stage and it was always showtime.

He plugged that style into Ribbiz, and with some select nights and hand-picked deejays, the lounge became ‘ultra’. “Energy - that’s what made it so successful,” he said.

Now some six years later, and following the opening of Ribbiz Ocean Lounge on the Kingston Waterfront, the next location will bring the nightclub back.

He excitedly shared: “When your club is rocking and the people sing the whole chorus and verse, to me, it’s the greatest feeling, and I’ve experienced it in all of them.

When I see it, I think - yes, I’m doing something good. I like to see people enjoying themselves. The euphoria overflows.”

Chung believes consumers should have more entertainment options. “They will end up ­hopping from place to place, and it will stimulate the economy. There are more bars opening, and I am happy for them, and I ­support them. Ribbiz cannot be the only place to go. It will die very fast,” he said.