Kanye West bares his soul at Sunday Service - Rapper admits he doesn’t have all the answers; gospel music insiders and Christians say to leave all judgement to God 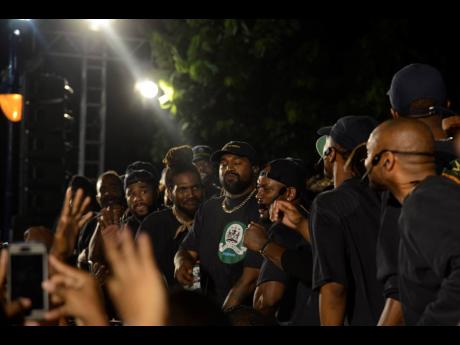 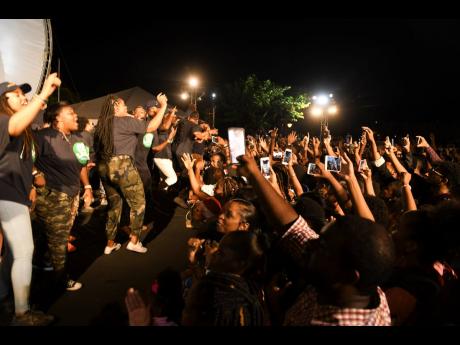 Ricardo Makyn
Jamaicans from all walks of life came out to see Kanye and his choir in performance. 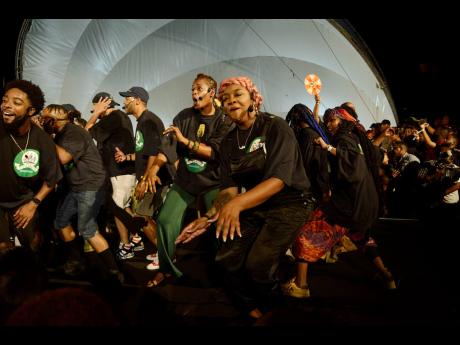 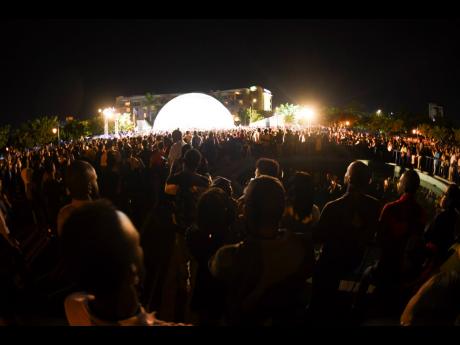 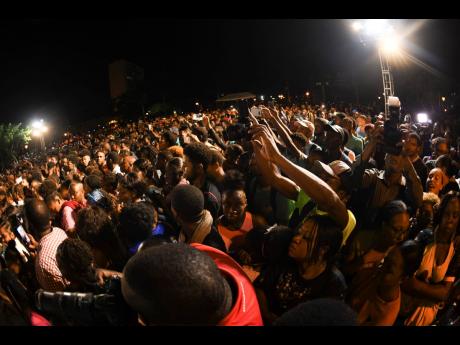 Ricardo Makyn
Top photo: Members of the audience capture the moment on their devices.
1
2
3
4
5

Ever since Kanye West announced that he would be turning to Christ, there have been doubts surrounding his sincerity. Questions about whether his decision was real or just a ploy to push album sales spread like wildfire. There have also been rumours that he was part of an elitist occult, using the name of Christ to deceive people and lead their souls astray. But as his Sunday Service unfolded inside Emancipation Park on Friday night, West made believers of the thousands who flocked the venue, as he admitted that while he didn’t have all the answers, he was dedicated to his personal walk with Christ.

“When I was doing my Life of Pablo album, I wanted it to be a gospel album but I didn’t know how to really be saved, and we as Christians, we get so beat up out the room like, ‘Don’t tell me how to really be saved and how to really follow Christ’. But this ain’t about pointing fingers at who is following Christ the wrong way because the truth is inside the Word. It’s your personal relationship with God,” the US rapper expressed. “What happens is we all wanna make that step and give our lives to Christ but sometimes there’ll be people around that throw you off course a little bit, and stuff in the media that throw you off course and makes you not want to fully commit to it. But everything shall be made good, just look at this crowd right here.”

Accompanied by his 120-member choir, the entertainer – who was making his first appearance in Jamaica since 2004 when he performed at Reggae Sumfest – led a praise-and-worship experience like no other. The event, which got started promptly at 7 p.m., drew people from all walks of life, from all over the island. Homosexuals, transgenders, the young and the old were present to watch the latest messenger bring the gospel of Christ.

In a post-performance interview, devout Christians, Tommy Cowan and his wife Carlene Davis, said the focus of West’s performance should not be on whether his walk with Christ is real, but that he possibly touched thousands of lives.

“This was an excellent show. I’m totally thankful and blessed,” said Davis before breaking out into an impromptu performance herself.

Her husband, Tommy Cowan, agreed. “There’s no perfect person allowed. Jesus never came for the righteous, He came for the sinners, and so when one sinner should come to Christ and give him all the glory, what we must give that person is the support,” he said. “Look how many people came here tonight because of what God has done in his life. Let’s not judge; leave judgement to God. Let’s just give God the Glory that another sinner has come to know him as Lord and Saviour.”

Their daughter, Naomi Cowan, also shared her thoughts on the Kanye concert. She explained that the label ‘secular artiste’ does not speak to music that is contaminated, therefore, when that entertainer decides to walk with Christ, they should not be given a hard time for wanting to transition. “The whole idea of secular is often seen as a bad thing, but secular just means that it’s for the mainstream. It doesn’t mean that it is bad or it is unholy. I think if Kanye is going through an experience and he wants to share it with the world, including his fans, that’s great because as an artiste you want to share wah gwaan in here so,” she said pointing to her heart. “I love the fact that he’s growing, he’s still making mistakes but he’s saying this is where I am and that’s what we should all learn to do. It’s not about perfection, it’s about the journey.”

Newly converted Christian, Alaine, shared similar sentiments. “He came and declared that Jesus Christ is the saviour. Whether or not anybody wants to believe it is their responsibility. At the end of the day, we’re all responsible for what our experience is. God is in control of it all so I will not sit in judgement of him at all. I will just give god praise because his name was glorified,” she said.