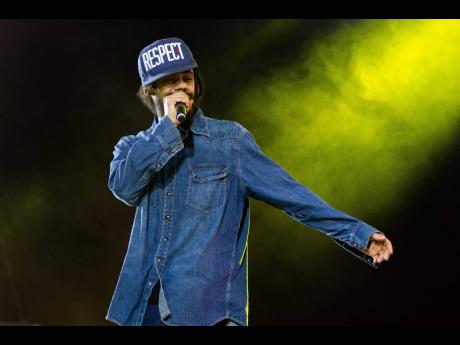 While Jamaica struggles to establish effective entertainment zones and argues around the development of a performing arts centre or the restoration of existing theatre spaces, the United States (US) West Coast is a region ripe with real roots-reggae festivals. More so, such festivals are expanding.

In 2019, the California Roots Music and Arts Festival marked their 10th anniversary in Monterey, California. In conjunction with Ineffable Music Group, Cali Roots recently partnered with Reggae Rise Up, which stages festivals in Utah and Florida, and expanded into Arizona Roots Festival. “The Cali Roots movement started here but stretches across the country and worldwide.

As we continue to partner and grow nationally, we can feel the impact of our event and brand and how it continues to bring people together through this amazing community,” festival co-founder and Ineffable partner Dan Sheehan told The Sunday Gleaner.

For the second year in a row, Cali Roots producers will organise Arizona Roots Festival at the Riverwalk at Rawhide Western Town on February 22-23, 2020. Ineffable president Thomas Cussins said: “Going into Arizona is a part of our mission to spread reggae music to the population in the US that doesn’t get to hear or see it very often.”

According to Cussins, the scenic venue in Chandler, Arizona, is on Native American land, and the tribe really supports reggae music. “It’s an amazing feeling for the fans to be there, in a very friendly, fun, and inclusive space for all to enjoy the different styles of music that are all influenced by reggae music from Jamaica,” he said.

Sheehan added: “Reggae has always been strong in the Phoenix area, and when we visited the venue for the first time, we knew we found a home to expand, to bring the market the positive vibes that we have built Cali Roots in Monterey on.

As talent buyer, Sheehan is responsible for booking all the festival’s acts. “For me, it’s not just about the bands we book but it’s about how those bands go with other bands we book on the day an artiste will play. We send out surveys to our fans after each festival and ask them who they want to see. I review all responses and find some gems in those responses,” he shared.

Sheehan also looks to Jamaica for guidance on talent to book from the Caribbean, by studying festival lineups for Rebel Salute and Reggae Sumfest. But he also pays attention to European festivals like Rototom Sunsplash and Summerjam.

“I also need to take into consideration who has visas to get into the US to perform in California and the travel associated with bringing an artiste to the US. A lot of it is geography but Cali Roots has also started to put a spotlight on the American reggae movement that has been happening. Over the years of Cali Roots, we have definitely made it a point to have more Jamaican acts play the festival and other events we produce. At the end of the day, we only have so many acts we can book each year,” he said.