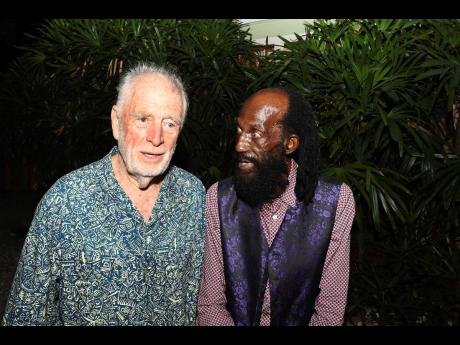 Once considered Perry Henzell’s only feature film, The Harder They Come is hailed as a classic by film lovers and critics all over the world, across generations. Now, old reels that were lost have been found, and over 40 years after its start, Henzell’s second feature is finally complete. No Place Like Home is the second attempt, painstakingly restored over 15 years, into a pristine, artful presentation. In addition to the zealous efforts of dedication of producers Arthur Gorson and David Garonzik, whose restoration efforts were thankfully obsessive, what may be most intriguing is the prophetic nature of the film, featuring casual premonitions of a violent fall of America and a presentation of political and socio-economic conflicts that pervade in Jamaica 40 years later.

No Place Like Home stars Carl Bradshaw, Susan O’Meara, and Countryman, and introduces the iconic Grace Jones in her very first film role, on a journey across the north coast into Kingston, all the while lamenting a looming threat of investors claiming land for hotel development. “Perry didn’t think The Harder They Come was experimental enough, so he pushed the envelope even further. So he decided No Place Like Home was going to be even more authentic than The Harder They Come was. [It] was started long ago – very soon after The Harder They Come,” Justine Henzell said, during a private screening.

No Place Like Home required tremendous restoration, heavily undertaken by Garonzik. According to Arthur Gordon, the restoration process was two-fold. The film was first shown at the Toronto Film Festival in 2006. “It was sort of a rough cut and couldn’t be released because there were no rights to the music,” he said. Unfortunately, Perry passed away the day before it was shown at the Flashpoint Festival in Negril. But his passion carried on through the efforts of people like Garonzik and Gorson.

Gorson worked closely with Goranzik, the screening room manager at Dick Clark Productions in Santa Monica, California. “At some point, a year and a half ago, they upgraded to a higher end, 4K, crispy projector. David had boxes and cases built and arranged for it to be shipped down so it ends up here at 10A – a professional movie theatre projector,” Sally Henzell, art director of the film, chimed in to explain the scope of Garonzik’s dedication.

“David has given up his life, as far as I’m concerned – from 2004 until this day – to get this film on the big screen. The reason that David came down in the first place is because he was this projectionist in LA and he’s seen every film 10 times. And his favourite is The Harder They Come – and he came to meet Perry,” she said.

Gorson added: “He managed to trade screening time for restoration and mixing time to get people to do amazing things. At some point, we were going to do crowdfunding to find money for the sync rights. Some of the owners for the sync rights, like Neil Diamond’s wife and Carly Simon, we showed them the film. It broke their heart. They gave us the rights for US$1,000, rather than 10,000 and it’s a miracle.”

Moderating the panel discussion after the credits rolled, Carolyn Cooper noted the film’s critique of conventional tourism and how the industry manages to exploit the masses. Impressive, too, was Perry’s visionary experiment that astutely portraited Jamaica then, which reflects like a mirror despite the decades-delayed release. “All Perry’s films were not meant solely to entertain. He always had a political and socio-economic message that is a subtext. Now, with four decades of hindsight, it’s a very cautionary tale. Absolutely, I’m sure he was saying, ‘Be careful where you point that lens’,” Justine said. She surmised that as someone whose job it was to point the lens, her father was very careful about his depiction of Jamaica.

The film was as reflective as it was prophetic. In a particular scene, Countryman observes that it would take three booms, or bombs, targeting The White House, Hollywood, and Wall Street to bring an impeding superpower to its knees. “That happened before 9/11. Think about the prophecy that was foretold in that room many decades before 9/11. All you need is three ‘boom’. That was not scripted, that was just prophecy,” Justine observed further.

On November 15, No Place Like Home will be available on Criterion Channel, Amazon, and on Blu-ray. The film will also be distributed by Shout! Factory, as a feature of The Harder They Come collector’s edition along with five hours of bonus features, including A Film-maker’s Odyssey, a short film documenting the restoration of Henzell’s works; and interviews with multi-award-winning director Ridley Scott, who shot commercials on the 10A compound.